On Thursday 7th April 2016, the unveiling of a new display at The Royal Green Jackets (Rifles) Museum took place. The focus of the display is the Victoria Cross and medal group to Second Lieutenant G H Woolley, who was the first Territorial soldier to be awarded the VC during the First World War. 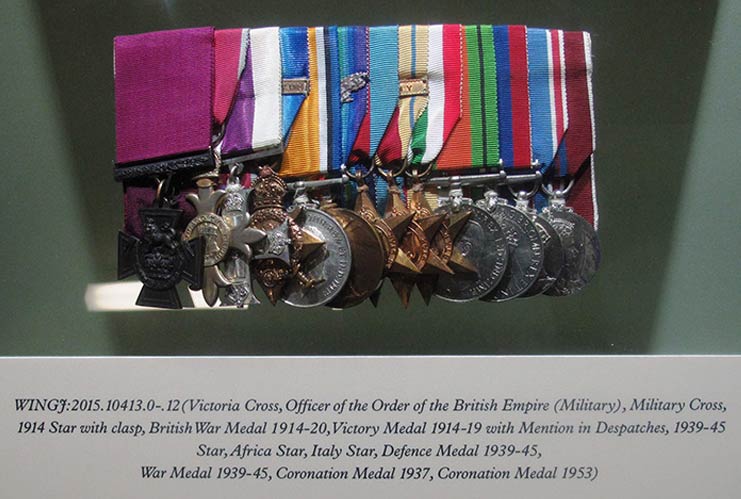 ‘For most conspicuous bravery on “Hill 60” during the night of 20th-21st April, 1915. Although the only Officer on the hill at the time, and with very few men, he successfully resisted all attacks on his trench, and continued throwing bombs and encouraging his men until relieved. His trench during all this time was being heavily shelled and bombed and was subjected to heavy machine gun fire by the enemy.’

Woolley served with the Queen’s Victoria Rifles during the First World War. He started to write poetry during the war and in 1919 when the conflict was over he studied Theology at Oxford. He served in North Africa during World War Two where he was senior Chaplain and published ‘A Pocket Book of Prayers’ which was in high demand amongst the troops. Following the war he was Vicar at St Mary’s Church Harrow and West Grinstead, Kent.

The display was unveiled by the son of Second Lieutenant Woolley, Nicholas Woolley. Colin Fox, the Regimental Padre, was also present.