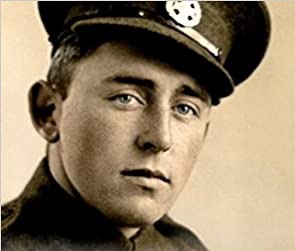 Vic Gregg, Rifleman, Friend and a great supporter of the Museum sadly passed away on 12th October 2021 aged 101.

He served with the Rifle Brigade from 1937-1943 and took part in the battle of Alamein during the Second World War.  He joined the Parachute Regiment and in 1944 he was captured during the Battle of Arnhem. He tried to escape but was caught and became a prisoner of war.  He was accused of attempting to burn down a factory and was given a death sentence.  However, the raid on Dresden occurred the night before his death was due to take place and his life was saved.

After the war Vic became a chauffeur to the chairman of the Moscow Norodny bank in London.  His interesting life was recorded in his autobiography Rifleman : A Frontline Life.