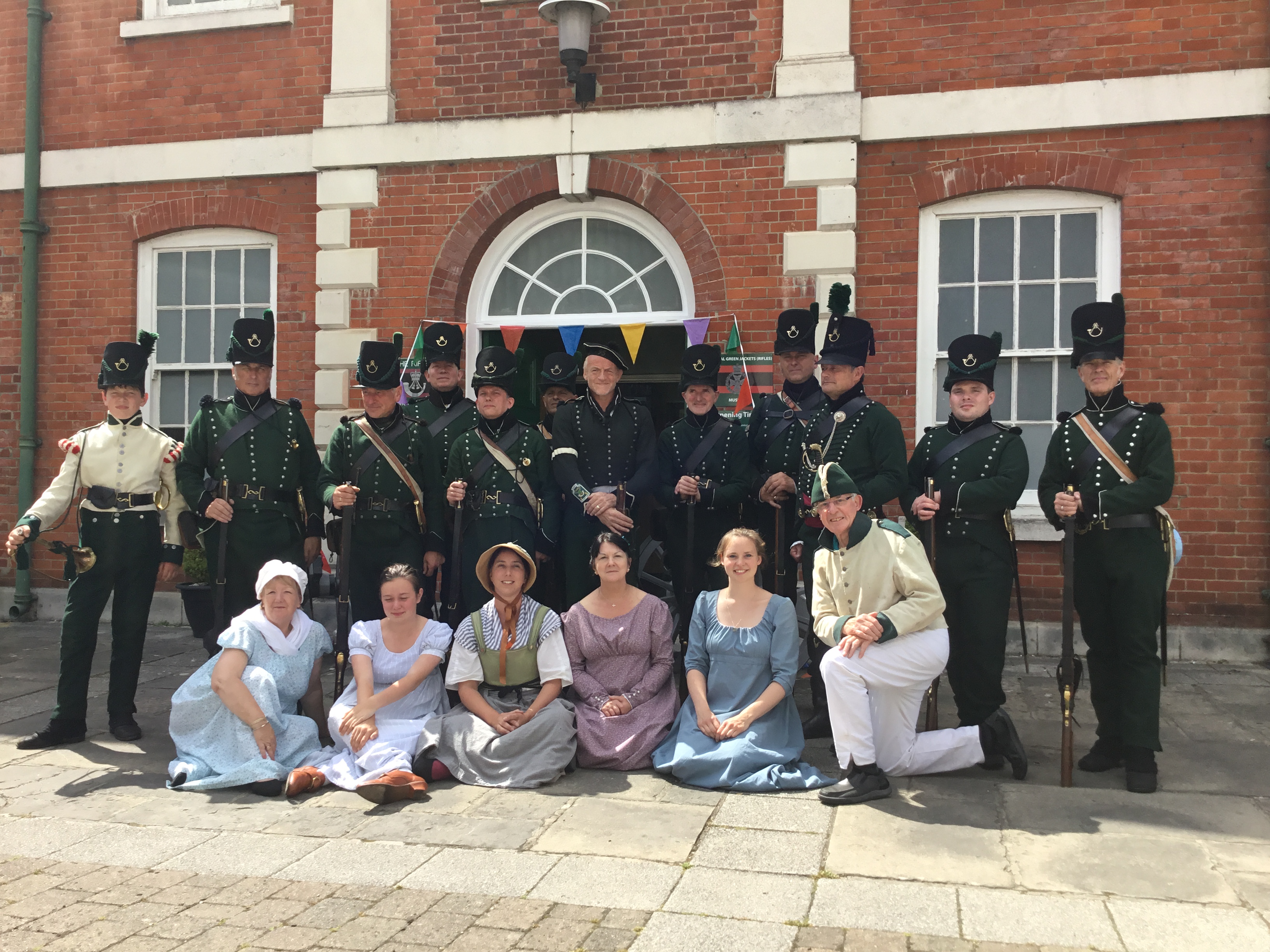 Riflemen from the past have been on parade in Winchester to commemorate Salamanca Day – The Rifles regimental birthday named after the Peninsular War battle of 1812.

The 2nd Battalion 95th Rifles re-enactors were on duty at The Royal Green Jackets Museum.  Visitors stepped back in time, with staff also wearing regency costume, and learning about life as a rifleman during the Peninsular War.

There was also a visit from the actor Jason Salkey who played Rifleman Harris in the TV series Sharpe, together with memorabilia from the film set.

In comparison visitors could also find out what it was like for a rifleman serving in the same regiment a hundred years later during the First World War.

To find out more about the 95th Rifles, the Peninsula War or the Battle of Waterloo , The Royal Green Jackets (Rifles) Museum is open every day this summer in Peninsula Barracks, near the Great Hall, Monday -Saturday 10am-5pm, Sunday 11am -4pm.