This photograph of Woodcote Park Convalescent Camp, near Epsom in Surrey, is one of two reproduced on postcards in the Museum’s archives. They were posted in May 1916 by a person signing himself ‘Wal’ to a lady called Miss Rosie Simons. 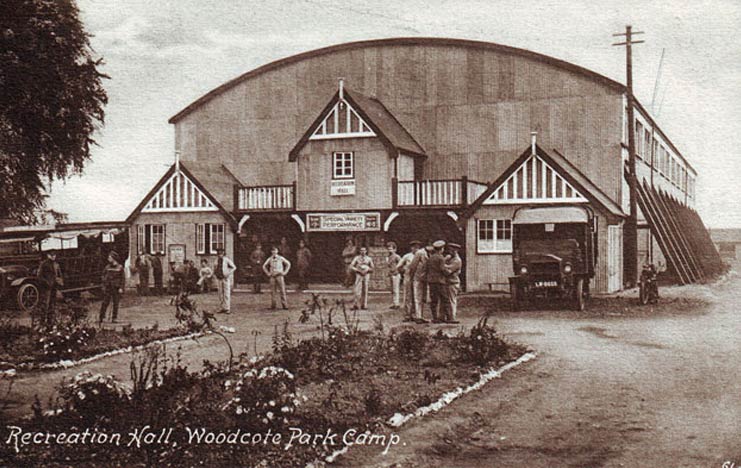 There are a total of ten postcards in the archive collection posted between 1909 and 1916, eight to Rosie Simons signed ‘Wal’ and two to his mother, Mrs Hodges, signed ‘Walter’. Interestingly, the two sent to Rosie Simons from Woodcote Park Convalescent Camp in May 1916 and the second to his mother in June 1916 were despatched to the same address in Stoke Newington, London. This suggests that Rosie was a family member rather than a girlfriend, a suggestion reinforced by the matter-of-fact content of the postcards and that he had been writing to her by May 1916 for at least six and a half years.

It is evident from the early postcards and their postmarks that Walter was a member of 3rd Battalion, The Rifle Brigade (3 RB), stationed in Tipperary in 1910-11. This is borne out by records showing that a Walter Hodges was posted from Aldershot to 3 RB on 20 July 1909. This Walter Hodges went to France on 10 September 1914. The likelihood is that he was wounded in 1916 and sent to convalesce at Woodcote Park Camp from where he sent two postcards to Rosie Simons in May 1916. A month later he was discharged from Woodcote Park Camp to Sheerness.

Records also show that there was a Bugle Corporal called Walter Hodges in The Rifle Brigade during the First World War who later joined the Tank Corps, although there is no certainty that the Walter Hodges in 3 RB and Corporal Walter Hodges were one and the same person.

The Woodcote Park Estate near Epsom was purchased by the Royal Automobile Club in 1913. At the outbreak of the First World War it was chosen as an ideal place for a training camp. Volunteers arriving for training were appointed to the 18th, 19th, 20th and 21st (Service) Battalions of The Royal Fusiliers and were billeted in the surrounding area. In February 1915 Woodcote Park Camp was completed with a range of facilities including electricity, mains water, telephone lines and a regular bus service to Epsom.

In mid-1915 the Fusilier battalions departed to France and in June it was converted to a convalescent camp, in particular for ANZAC troops wounded in Gallipoli. It remained a convalescent camp until the end of the war and was not returned to the Royal Automobile Club until 1923.

The photographs on the two postcards of the camp sent by Walter Hodges to Rosie Simons were taken by Harry Johnson, the sub-postmaster in the nearby village of Ashtead. He had a camera, a motorbike and facilities to turn his photographs into picture postcards. He took many photographs during the life of the camp which have provided researchers with a unique insight into military life at Woodcote Park during the war. 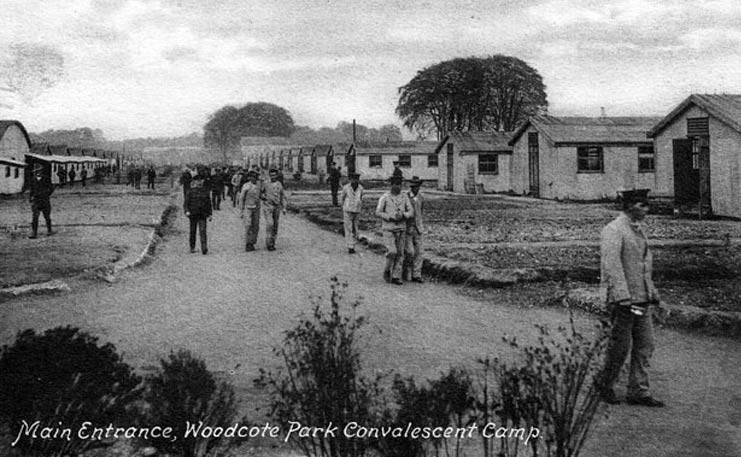