Home > Photo archive > The wreck of the (RIMS) Warren Hastings

This photograph from the Museum archives shows the wreck of the Royal Indian Marine Ship (RIMS) Warren Hastings which ran aground on the coastline of Réunion (Indian Ocean) on 14 January 1897. Further photographs show some of the survivors and the camp established for salvage from the wreck. 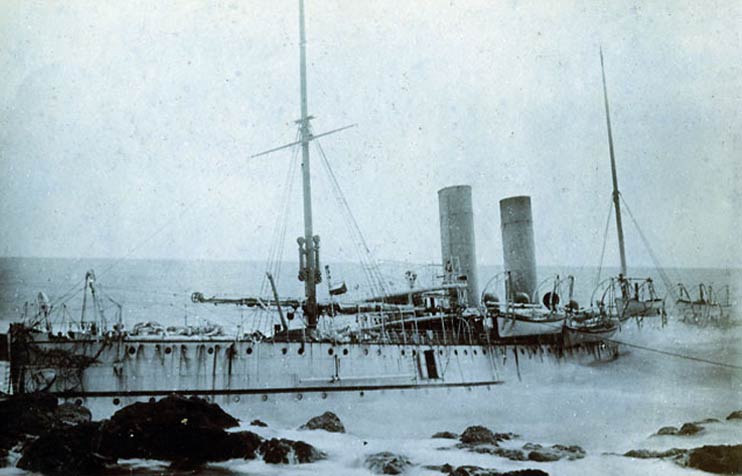 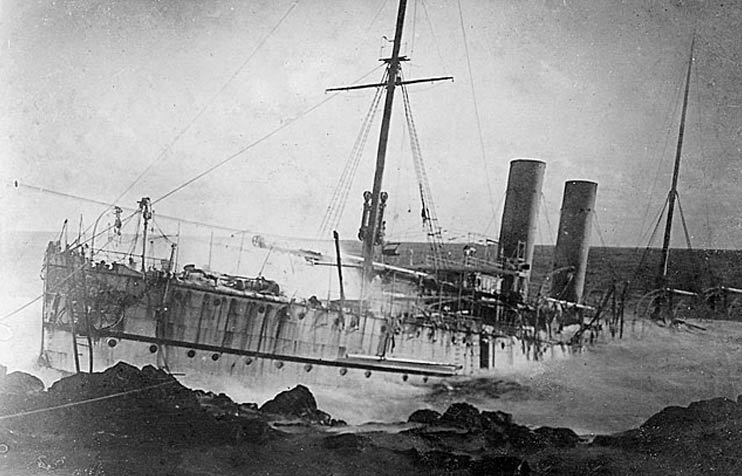 On 6 January 1897 the troopship RIMS Warren Hastings left Cape Town (South Africa) bound for Mauritius with 993 passengers including the headquarters and four companies of the 1st Battalion, The King’s Royal Rifle Corps.

At 2.20 a.m. on 14 January, the Warren Hastings, eight miles off course, steaming at full speed, in pitch darkness and pouring rain, ran straight into the rocks on the coastline of Réunion. The ship stuck fast, allowing time for the troops to fall in below decks without noise and in perfect order. At 4 a.m. the ship’s captain ordered disembarkation to begin by rope ladders from the bows, intending not to disembark the women and children until daybreak. However, at 4.20 a.m. the ship began to list badly so he ordered the men to stand-fast while the women, children and sick were helped off the ship. Subsequently, as the position of the ship became even more critical, men clambered ashore as best they could, with many being saved from the sea by their comrades. By 5.30 a.m. all the troops were ashore. Later, some of the baggage was recovered. Miraculously, in an incident reflecting great credit on the discipline and behaviour of the troops, only two Indian members of the crew were lost. After being cared for very well by the French at Réunion, the passengers boarded another ship, maybe a trifle nervously, to complete their passage to Mauritius.

Footnote: A model of the RIMS Warren Hastings and a number of items recovered from the wreck are on display in the Museum. 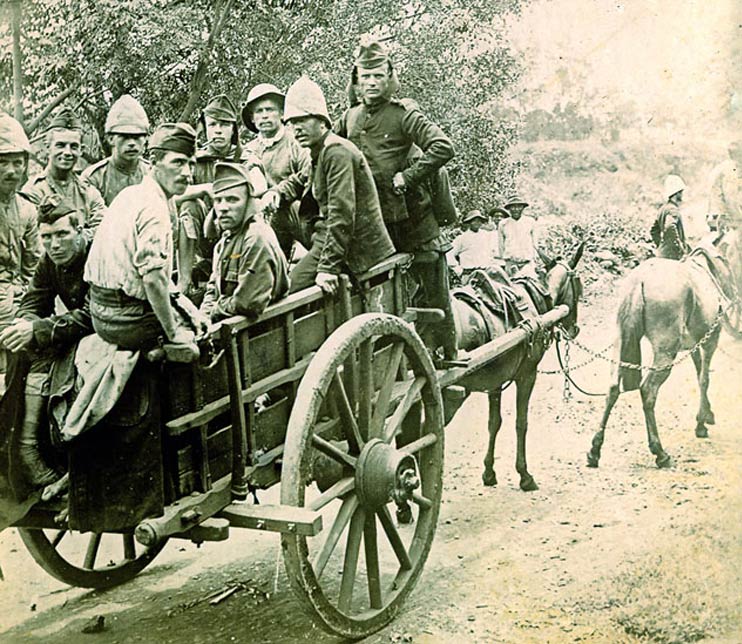 Some of the survivors from 1 KRRC. 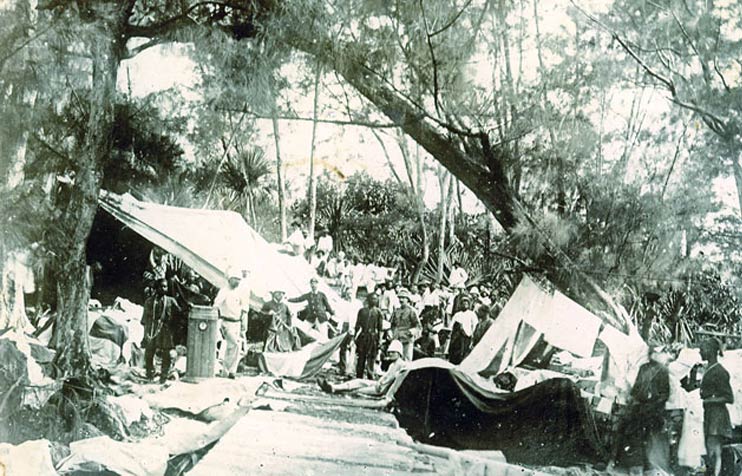 The camp established for salvage from the wreck. 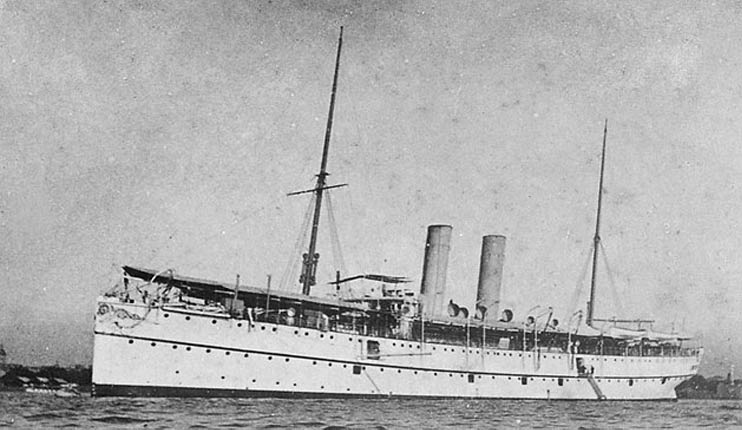 The Warren Hastings before the wreck.