This photograph is labelled ‘ambulance wagons and transport crossing the Tugela River by means of a pontoon bridge in the Boer War in 1899-1900’. The photograph is listed as originating from the 2nd Battalion, The King’s Royal Rifle Corps. It bears the initials ‘J.E.M’. in the bottom right hand corner. 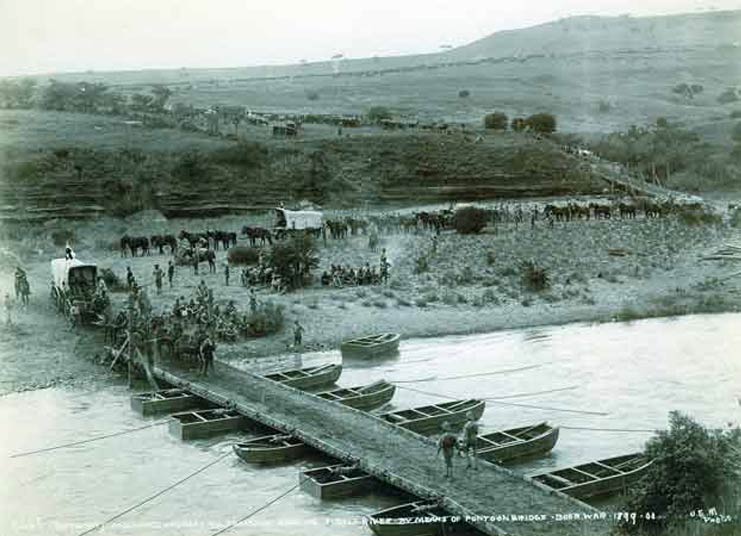 The photograph was almost certainly taken between 15 January and the end of February 1900 during the various attempts by General Buller’s army to cross the Tugela River west of Colenso and relieve Ladysmith. Although there is no immediate evidence of any King’s Royal Rifle Corps battalion in the photograph, it is quite possible. It would, though, have been the 3rd Battalion which was a part of Buller’s relief force and not the 2nd Battalion which, together with the 1st Battalion, was part of General White’s force besieged within Ladysmith.

A check of the list of officers in The King’s Royal Rifle Corps in 1900 provides no immediate clues as to who ‘J.E.M’ might have been. 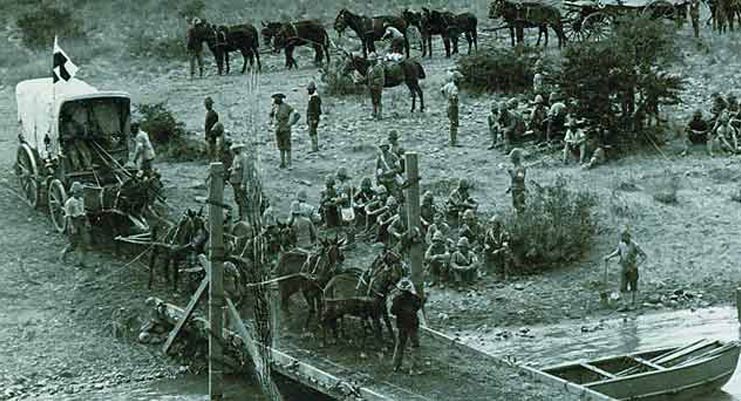