This photograph is a new addition to the Museum’s archive. It is of the British military staff appointed to the Supreme War Council in 1918 which included two officers in The King’s Royal Rifle Corps. 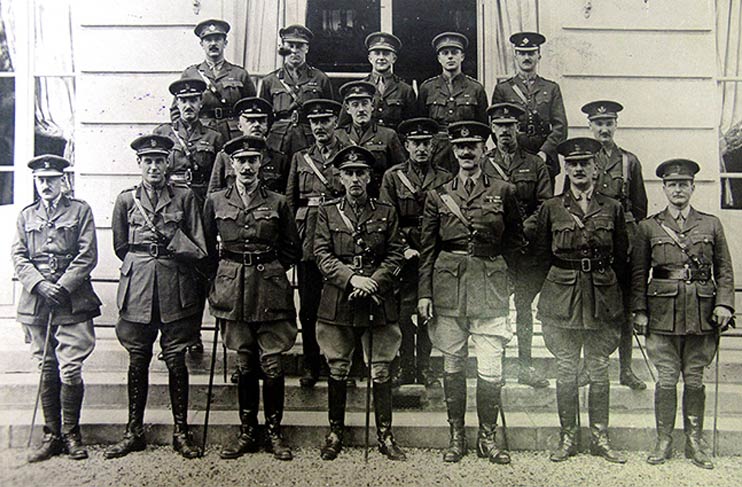 The Supreme War Council was established in November 1917 in Versailles to coordinate Allied (Anglo-French) military strategy during the latter part of the First World War. The council served as a forum for preliminary discussions of potential armistice terms and peace treaty settlement conditions.

The photograph is one of a number in an album kept by Major Currie which his son, Lieutenant-Colonel W.F.P. Currie, has recently deposited in the Museum’s archives.