This photograph shows members of 4th Battalion, The Rifle Brigade (4 RB) in huts in Stavros Gorge, Salonika, in 1916. 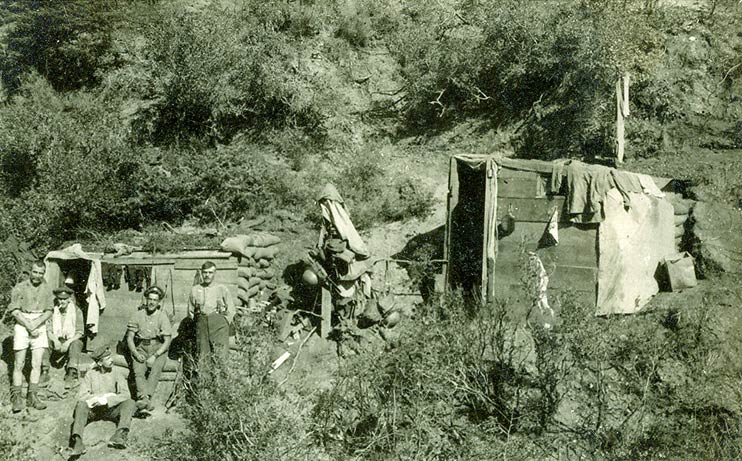 In September 1915, Germany, Austria and Bulgaria determined to crush Serbia, an ally of Britain and France. Reinforcements were immediately sent to Serbia’s aid, including the 27th (Lahore) Division from the Western Front. By the time reinforcement was complete (February 1916), it was too late to prevent the Austrians and Bulgarians succeeding in their invasion of Serbia; instead, the Division occupied defensive positions in Salonika, a part of neutral Greece, which had reluctantly consented to an Allied presence on its soil.

For nearly two years there was no serious fighting on the 27th Division’s front in Salonika, although the troops were decimated in the spring and summer of 1916 by a particularly virulent form of malaria. In the spring of 1918 4 KRRC was recalled to the Western Front. The other battalions in 80th Infantry Brigade, including 4 RB, remained in Greece until the end of the war.