From the makeshift sign in this photograph taken in 1901 you might think that the whole of 3rd Battalion, The Rifle Brigade, was in North China from 1900-01. In fact, you would be wrong. Only seven men from the Battalion, which was stationed in India, went to North China in June 1900 to assist in quelling the Boxer Rebellion and four of them are in the photograph. 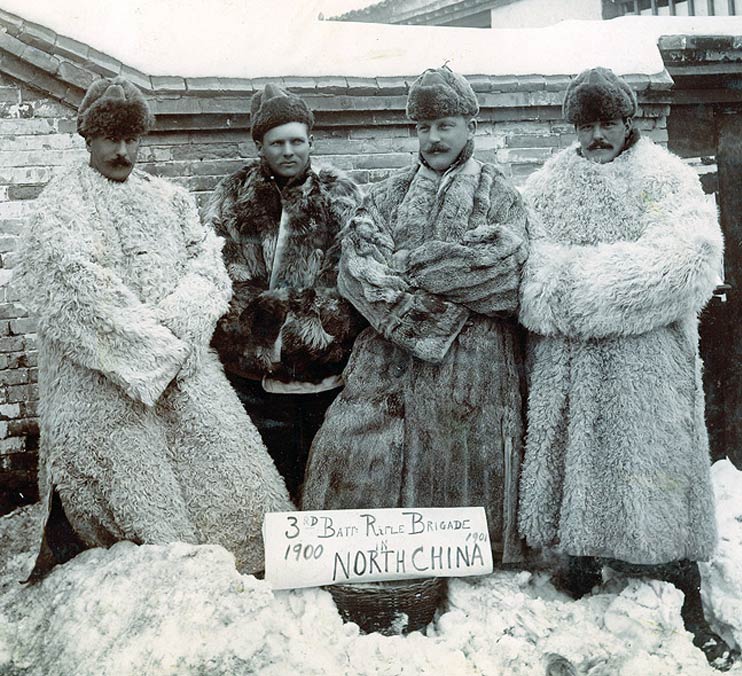 The Boxer Rebellion, or Uprising as it is sometimes called, had been bubbling for some while as the Boxers – a Chinese secret society – sought to arrest imperialist expansion in China and expel all foreigners and Christians from China.

In June 1900 violence flared in Peking (Beijing) as the Boxers besieged foreign embassies. An international force from eight nations, ultimately of 50,000 military personnel, was assembled to deal with the situation. By 14 August Peking was back in Allied hands and the embassies relieved, although it took a further year of punitive actions before a peace protocol was signed and hostilities ended.

Britain sent 12,000 military personnel to China in 1900 including a number of ships and marines. The majority of the Army units came from India.

In the 1900 Rifle Brigade Chronicle, there is a single entry in the 3rd Battalion record stating: ‘In June [1900] the China excitement began; but barring sending four sergeants and three men [from India] for duty on the Transport and Telegraph respectively, it did not affect us.’

In the 1901 Rifle Brigade Chronicle there are two further entries recorded by the 3rd Battalion.

The first states: ‘In an extract of a despatch by G.O.C. China Field Force dated February 5th, 1901, “Sergeant Payne did excellent work with the boat transport, a most excellent and superior N.C.O. Colour Sergeant English has done very well and proved himself most useful and efficient. Rifleman Haywood and Rifleman Webb are also mentioned as particularly worthy of notice.”’

The second states: ‘Sergeants Payne, Jacques, and Rifleman Hayward and Robertson returned from China at the end of the hot weather [in 1901]. They all got splendid reports; Colour Sergeant English is still out there upholding the credit of the Regiment as an instructor of Chinamen. He is certain to do it well.’ 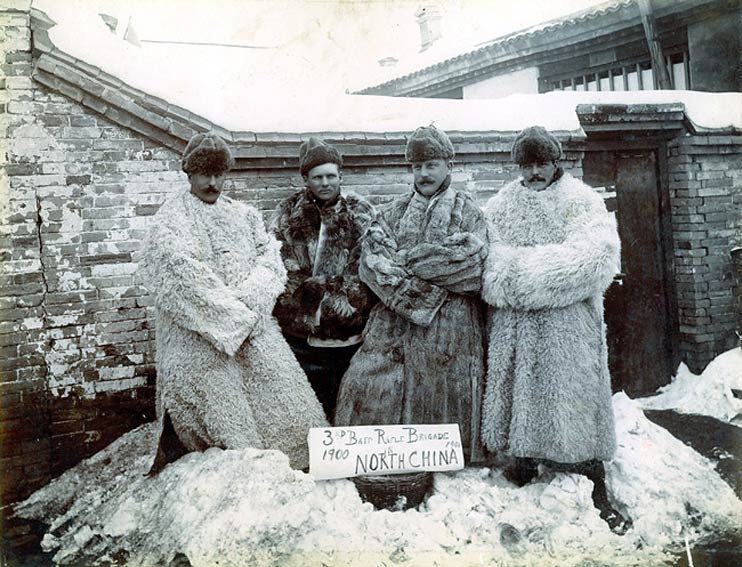