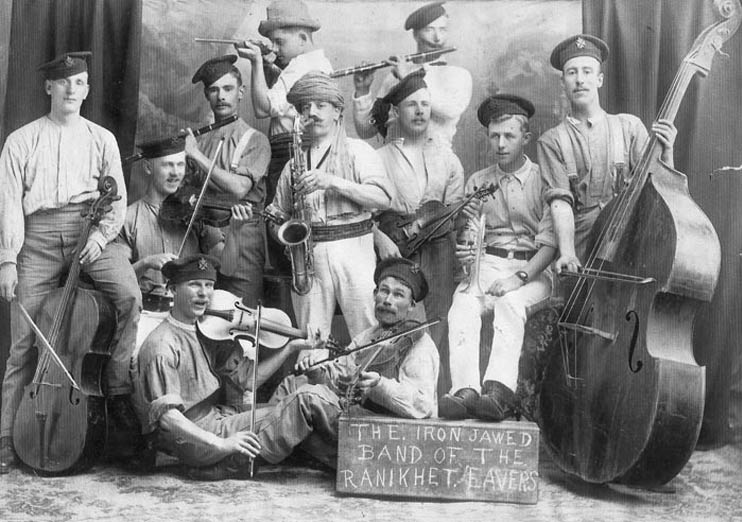 The exact provenance of this photograph is not known. However, the bandsmen are wearing Broderick caps with King’s Royal Rifle Corps cap badges. There is also a reference to Ranikhet chalked on the box in the foreground of the photograph.
Ranikhet is situated 200 miles north-west of Delhi in the foothills of the Himalayas. It was ‘discovered’ by Lord Mayo in 1869 and developed as a hill station for Imperial troops during the hot weather on the plains of India.

Since the Broderick cap was only worn during the first decade of the 20th century, the probability is that the bandsmen are from the 2nd Battalion, The King’s Royal Rifle Corps, which was stationed in India between 1901 and 1909.

Judging from the photograph, the bandsmen are clearly enjoying themselves participating in some form of theatrical entertainment at Ranikhet.

If anyone has a better explanation or can provide more information, please let the Museum Curator know.