This photograph shows members of the 1st Battalion, The 60th, The King’s Royal Rifle Corps, participating in athletics at Point Lévis on the south bank of the St. Lawrence River, opposite Quebec, in Canada in 1868.

The photograph, together with two others of the Battalion at Point Lévis in 1868, comes from an album in the Museum’s archives that once belonged to Major N. W. Wallace. 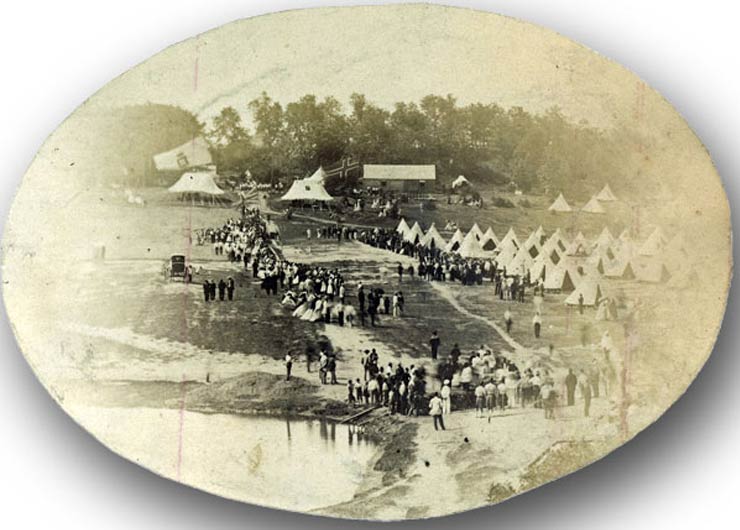 The 1st Battalion, 60th, arrived in Canada from Malta on 1 October 1867. Four companies were detached to Quebec while the remainder went to Montreal. In June 1868 the whole Battalion was concentrated at Point Lévis. Lieutenant-Colonel H.F. Williams was in temporary command.

The Battalion remained encamped at Point Lévis until 6 October, being employed in the erection of a fort designed to protect the Citadel and town of Quebec. On completion of the work, the Riflemen received many compliments, including an official letter from the Mayor expressing the town’s people’s appreciation of their discipline and good conduct.