This photograph has only just been received into the Museum’s archives. It shows members of 2nd Battalion, The Royal Green Jackets (The King’s Royal Rifle Corps) Air Platoon relaxing in Minden Barracks, Penang, in Malaysia in the 2nd half of 1966, following the battalion’s second tour on operations in Borneo. 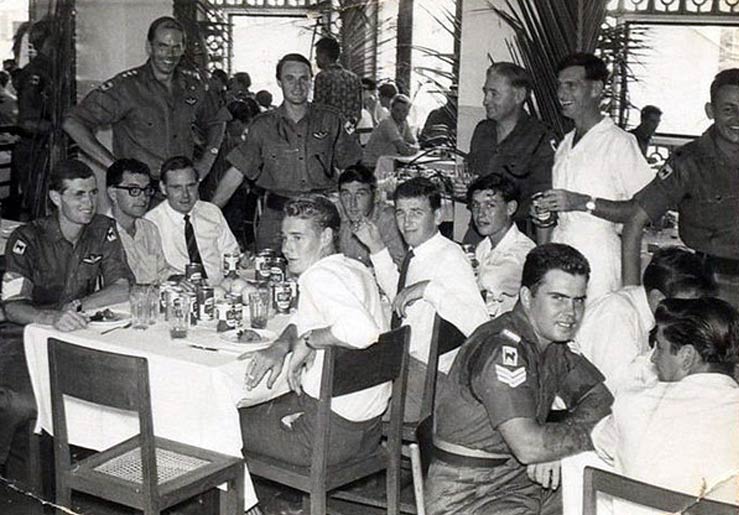 It may be largely forgotten now that in the 1960s a number of infantry battalions had their own air platoons. These consisted of two or three two-seater light reconnaissance Sioux helicopters piloted by regimental officers and sergeants. The helicopters were used principally in the reconnaissance role but also for liaison, as a command post, for artillery fire control, and for medical evacuation. 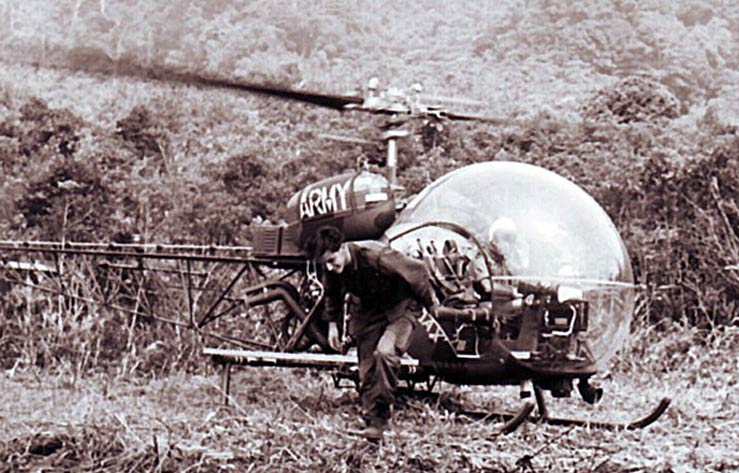 A Sioux helicopter landing in a jungle clearing in Borneo, 1965.

The 2nd Battalion’s air platoon was formed at the start of the Battalion’s Far East tour in early 1965 and disbanded on posting to Germany in 1967.

This photograph includes three pilots, each with wings showing above their left breast pocket.

The ‘black cat on a yellow background’ badge, worn on the left and right sleeve, was the formation flash of the 17th Division to which the battalion belonged.

Sadly, Corporal Peter Patrick died on 7 September 1967, aged 24, after being crushed between two FV 432 armoured personnel carriers on C Company MT square in Oxford Barracks, Münster, in what was then, West Germany.