This photograph from an album in the Museum archives features the first course of students to be trained on the use of the Maxim gun at the School of Musketry, Hythe, in 1889. 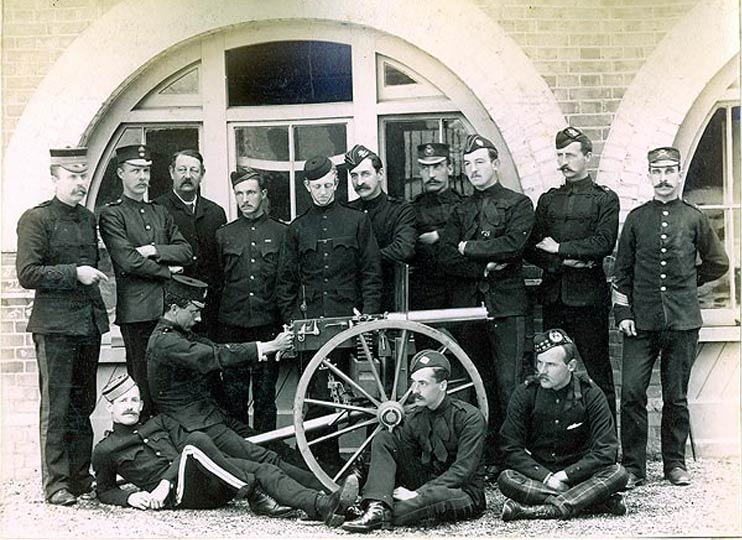 The students appear to be all officers and from a cross-section of regiments. The officer standing behind the gun wearing black buttons is Lieutenant WN Congreve of 4th Battalion, The Rifle Brigade. He received a Victoria Cross for his gallantry during the battle of Colenso, South Africa, on 15 December 1899. He later became General Sir Walter Congreve VC KCB MVO, father of Brevet Major Billy Congreve VC DSO MC, also of The Rifle Brigade, the only father and son to have each been awarded a VC and to have served in the same regiment.

Colonel Mackinnon, the Chief Instructor at the School of Musketry in 1889, is third from the left in the back row and Sergeant Hills, the course instructor, is on the extreme right.

The Maxim gun was the first automatic machine gun, invented by Hiram Maxim in 1884.

In October 1888 Sir Garnet Wolseley, Commander-in-Chief, ordered 120 rifle carbine Maxims for the British Army. These guns used the same .577/450 calibre ammunition as the Martini-Henry rifles then in service.

On receipt of the guns, the first course to train personnel in their use took place at the School of Musketry, Hythe, in 1889 – see the accompanying photograph below of the School in 1889.*

Even though one person could fire the gun it was usually operated by a team of men who were needed to move or shift its position. In particular, the gun needed a constant supply of water to cool the mechanism when it was engaged in continuous firing. The position of the gun was also easily given away by the cloud of smoke produced when the gun had been in action for any time.

The Maxim gun was used in action by British forces for the first time in the Matabele War (1893-4). The Vickers machine gun which had replaced the Maxim by the time of the First World War was a redesigned and improved version of the Maxim. 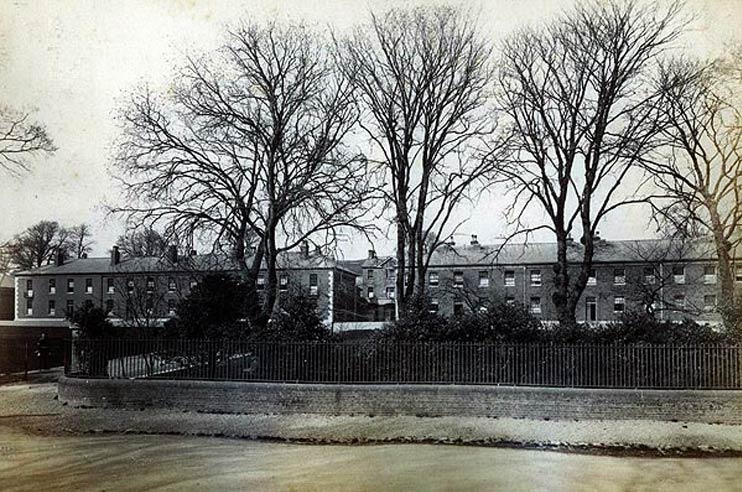