This photograph is labelled in the Museum photo archives as showing a machine gun section from The King’s Royal Rifle Corps at Aldershot in 1915. The observant will notice, in particular, that the men’s buttons are not black and their cap badges are not KRRC.

There were 12 KRRC battalions on active service in 1915, plus four reserve battalions. There is no information in the 1915 KRRC Chronicle that helps to shed any light on which KRRC battalion those in the photograph belonged to.

It is possible that the men in the picture were originally machine-gunners in the Regiment who were obliged to transfer to the Machine Gun Corps on its formation in October 1915.

If you are able to shed more light on the origins of this photograph and those in it, the Museum Curator would be pleased to hear from you. 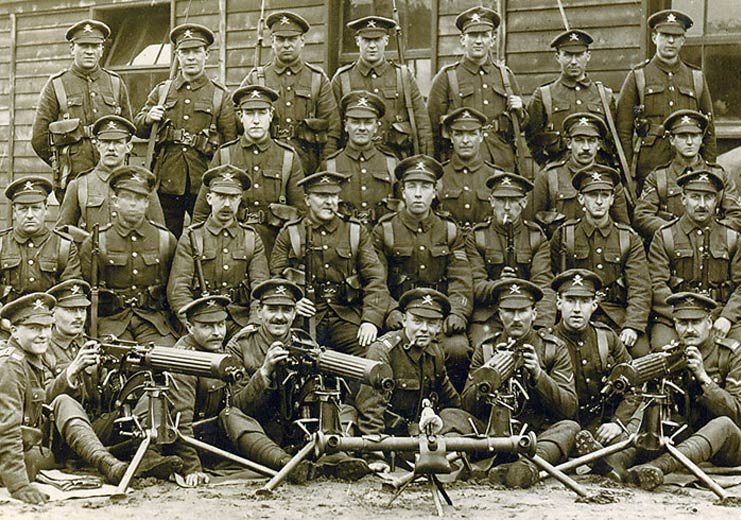