This photograph is of C Company, 3rd Green Jackets (The Rifle Brigade), embarking with the main body of the Battalion on the MV Auby at Keppel Harbour, Singapore in July 1965 bound for Kuching (Borneo). 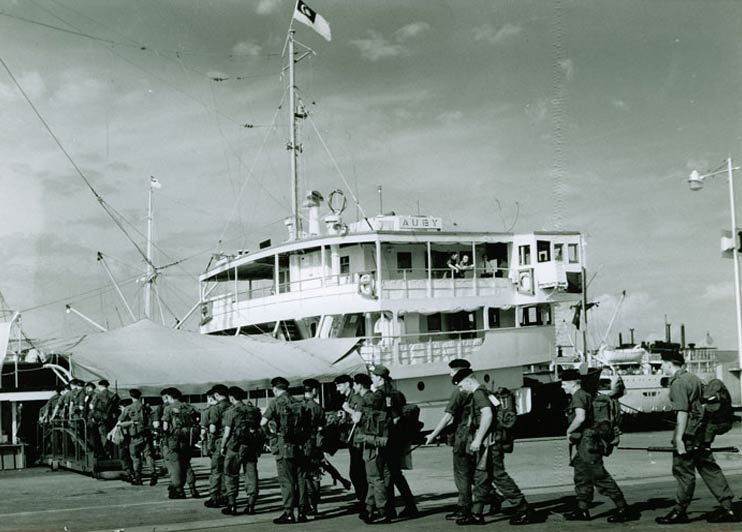 3rd Green Jackets (The Rifle Brigade) was despatched to the Far East on a year-long unaccompanied tour from Felixstowe (UK) in January 1965. After acclimatising in Hong Kong for three months, the Battalion underwent two months’ jungle warfare training at the Jungle Warfare School, Ulu Tiram, Johore Bahru, Malaya, before embarking for Sarawak, Borneo.

The Battalion arrived in Kuching, Sarawak, on board MV Auby on 6 July 1965, completing a six-month tour of operational duty in Borneo during the conflict known as Malaysian-Indonesian Confrontation before returning to their barracks in Felixstowe in January 1966.

The Motor Vessel (MV) Auby belonged to the Sarawak Steamship Company and was chartered for the voyage from Singapore to Kuching.