This photograph from the Museum’s archives shows HM King Faisal of Iraq inspecting a King’s Royal Rifle Corps Guard of Honour on the King’s arrival at Southampton on 23 September 1952. 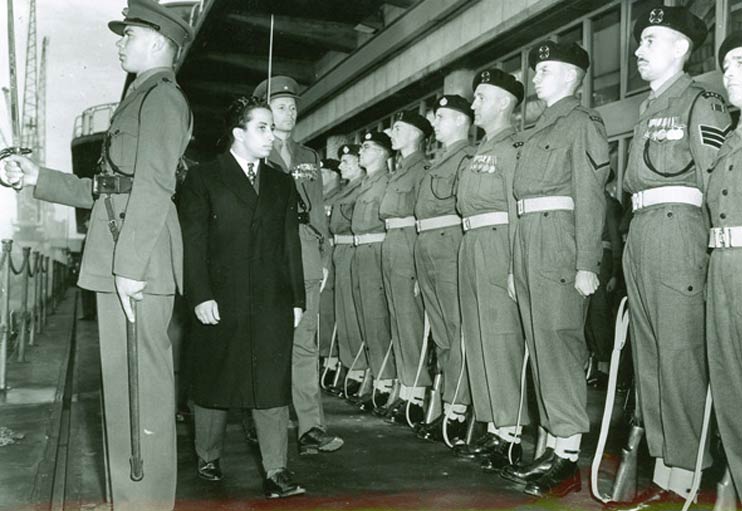 The Guard consisted of three officers and 100 other ranks from The Rifle Depot, Winchester, under the command of Captain C. A. Humphreys MC (visible over the King’s left shoulder). The Guard, which included some veterans with service during the Second World War, consisted largely of National Servicemen with only four weeks’ service, who, according to the Regimental Chronicle, were ‘steady and well turned out’. 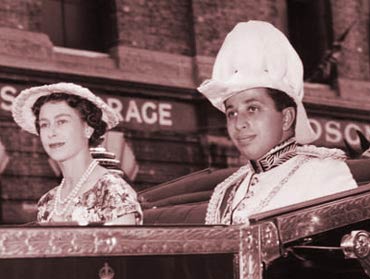 A youthful King Faisal in the company of HM Queen Elizabeth II during a state visit to Great Britain.

King Faisal was 17 years’ old at the time of the photograph (born: 2 May 1935). He came to the throne on 4 April 1939 at the age of three after his father was mysteriously killed in a car crash. His uncle, however, acted as Regent until the King attained his majority in May 1953.

As a teenager King Faisal attended Harrow School at the same time as his cousin, King Hussein of Jordan. He left Harrow in 1952.

King Faisal died when the monarchy in Iraq was overthrown during a military coup led by General Abdul Karim Qasim on 14 July 1958.