This photograph from an album in the Museum’s archives is of a platoon of B Company, 1st Battalion, The Rifle Brigade, mounted on vehicles as a quick reaction force outside a barrack block in the Battalion’s barracks at Cawnpore, India, in 1921. It is not known who owned the album. 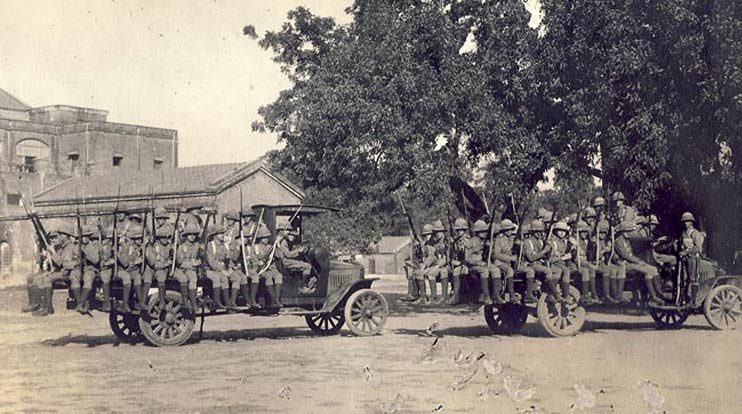 Detail from a platoon of B Company, 1 RB, mounted as a quick reaction force, Cawnpore. 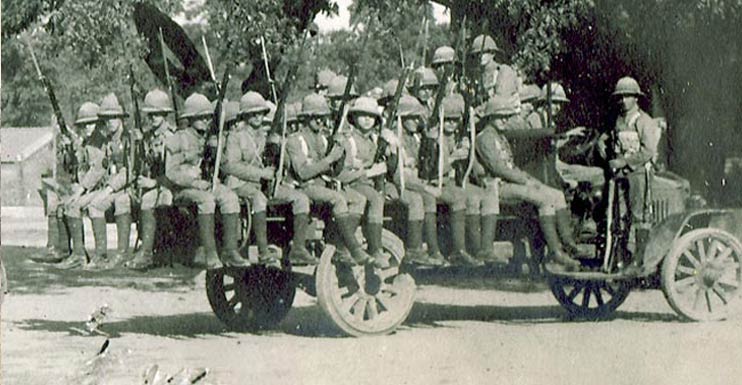 Detail from a platoon of B Company, 1 RB, mounted as a quick reaction force, Cawnpore, 1921. 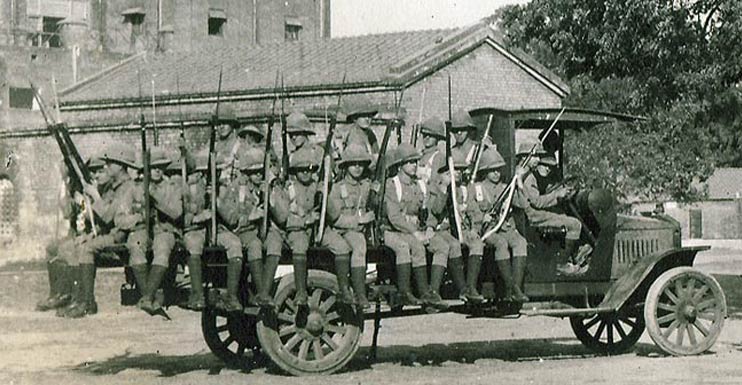 A platoon of B Company, 1 RB, mounted as a quick reaction force, Cawnpore, 1921.

In 1921 the 1st Battalion, The Rifle Brigade, under command of Lieutenant-Colonel A. T. Paley CMG DSO, was posted from Mesopotamia to India. Sailing from Basra to Bombay on the S.S. Chakdara on 13 January, the Battalion arrived at Bombay on 19 January. Disembarking on 20 January, the Battalion travelled overland by troop train to Cawnpore arriving on 24 January.

The barracks at Cawnpore were not good. There were no electric fans or lights and the water supply was said to be in the much the same condition as it was at the time of the Mutiny in 1857. During the year five Riflemen died of heatstroke and a company sergeant-major and four Riflemen died of cholera.

On 13 December 1921 His Royal Highness The Prince of Wales visited Benares where two companies from the 1st Battalion were detached in preparation for and during the visit. C Company, under command of Captain H. B. Norcott, formed a protection guard of 100 NCOs and Riflemen at Nandesar House, a Government rest house occupied by His Excellency the Viceroy of India, Lord Reading, where The Prince of Wales stayed overnight. I Company, under command of Captain T. J. B. Bosvile MC, contributed four sergeants, 100 Riflemen and the Band and Buglers of the Battalion to a Guard of Honour formed jointly with 95th Russell’s Infantry (Indian Army) at the Hindoo University.

C and I Company with the Band and Buglers 1 RB, Benares, December 1921.

The photograph reproduced here from the 1921 Rifle Brigade Chronicle shows the 1st Battalion detachment at Benares, with C Company in the front, I Company behind, and behind I Company, the Band. Nandesar House is thought to be in the background, but not confirmed.