This photograph is one of three in the Museum archives of Captain H. H. de B. Monk MC AFC of The King’s Royal Rifle Corps, later Royal Flying Corps. The photograph shows him standing in front of Airco DH.9 bomber 3081, most probably in 1918. 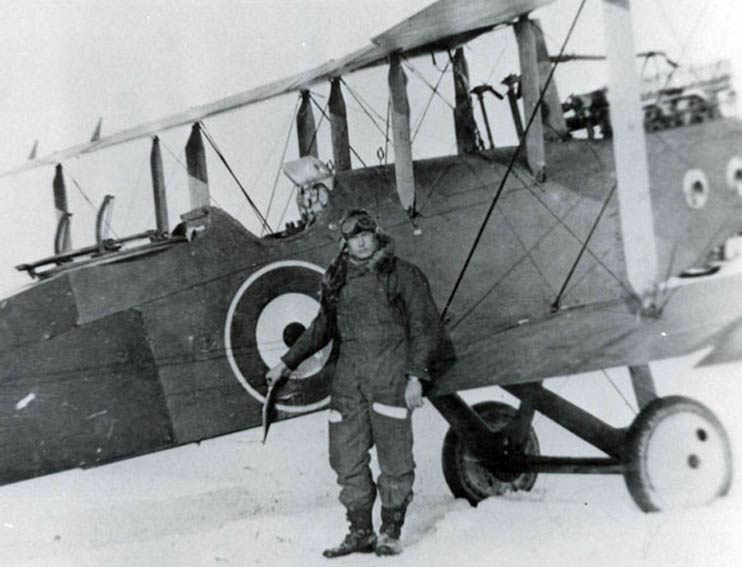 Harold Henry de Baillon Monk was commissioned as a 2nd Lieutenant in The King’s Royal Rifle Corps (KRRC) on 22 September 1914. He was posted to the 11th (Service) Battalion, which arrived in France on 21 July 1915. On 14 July, shortly before the Battalion’s deployment, Monk was promoted to the rank of Temporary Lieutenant. On 10 July 1916 he was wounded at Ypres and on 2 August 1916 was transferred to the 15th (Reserve) Battalion KRRC in UK, later the 18th Battalion, Training Reserve. Prior to his departure from France he participated in an action for which he was awarded a Military Cross (MC) although the exact circumstances are not known. On 21 November 1916 he was appointed a Temporary Captain and began flying training either in late 1916 or 1917. On 18 October 1917 he became a flying officer (Temporary Captain) in the Royal Flying Corps (RFC). On 1 April 1918 he became a member of the Royal Air Force when the RAF was created from an amalgamation of the RFC and Royal Naval Air Service. In 1919 he was awarded an Air Force Cross for distinguished service as a flying officer during the War. He is thought to have left the RAF in the 2nd half of 1919. 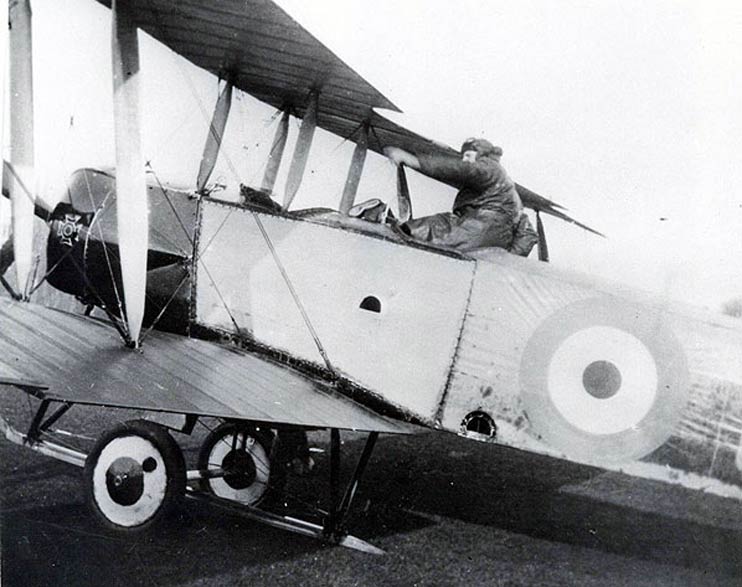 In addition to the main photograph of Monk standing in front of DH.9 3081, there is a second photograph (above) of him climbing into DH.9 4244. This photograph bears the caption in the archive that it was taken just before Monk crashed the aircraft at Eton on 17 February 1918. Careful examination of the photograph shows the badge of the KRRC on the engine cowling behind the propeller. 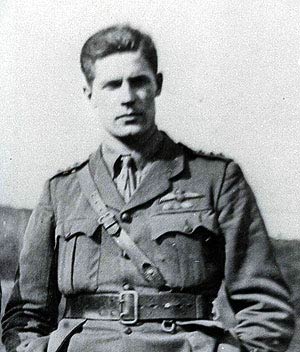 A third photograph (left), reportedly taken at Gosport in March 1919, shows Monk in the uniform of a KRRC officer with wings on the left breast of his uniform and at least one medal ribbon, that of a MC. Despite being a member of the RAF at the time, former RFC officers were allowed to wear out their old khaki uniforms before being required to change to RAF uniforms in the early 1920s.
Monk’s career before, during and after his military service has not been researched in detail. Anyone interested in doing so, for example at the National Archives, should contact the Museum Curator at curator@rgjmuseum.co.uk or telephone 01962 828549 for further details.

The Airco DH.9, later known as the De Havilland DH.9, was a single-engine biplane bomber which entered service in November 1917 and first flew operationally over France in March 1918.

Its performance in action did not live up to expectation, resulting in heavy losses due to poor performance and engine failures. The aircraft had a crew of two – pilot and gunner/observer. Over 4,000 DH.9s, including subsequent variants with greater engine power and reliability, were built. The aircraft was taken out of service in 1920.