Members of the advance party of 2nd Green Jackets (The King’s Royal Rifle Corps) board a Britannia aircraft at RAF Lyneham on 4 July 1963 en route to British Guiana. 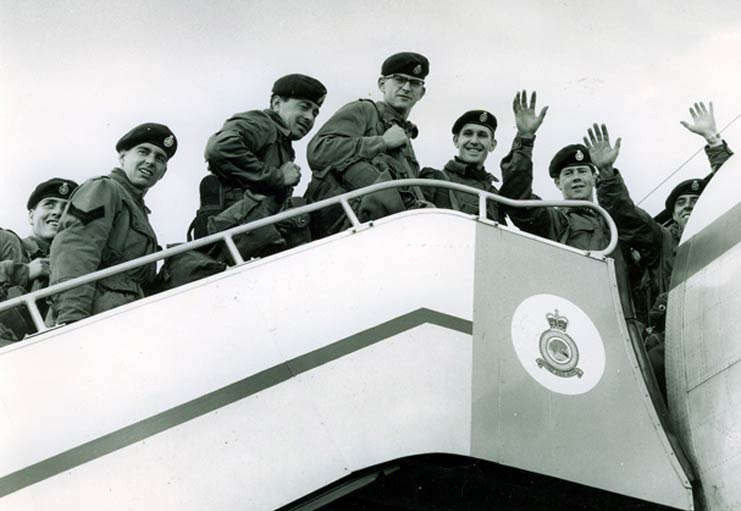 In the middle of 1963 a constitutional crisis erupted in the then British colony of British Guiana (now Guyana). 2nd Green Jackets (KRRC), stationed in Colchester, was the British Army’s Spearhead battalion in UK, with an advance party of a tactical headquarters and one company at 24 hours’ notice to fly and the main body at 48 hours notice.

The order to move reached the Battalion at 7.45 pm on Wednesday 3 July. Within six hours 120 men, including the commanding officer, Lieutenant-Colonel Giles Mills with his tactical headquarters, and D Company under command of Major Roly Guy, plus five tons of freight, had left Roman Barracks, Colchester, on their way to RAF Lyneham.

Two Britannia aircraft with members of the advance party departed RAF Lyneham on Thursday 4 July. A third with the commanding officer on board suffered mechanical failure but eventually departed at the sixth attempt. The rest of the Battalion – the main body – departed on Saturday 6 July.

On arrival at Atkinson Airfield in British Guiana, some 25 miles inland from the capital, Georgetown, the Battalion reinforced 2nd Battalion, Grenadier Guards, who were in the process of relieving 1st Battalion, The Coldstream Guards, at the end of a nine-month tour of duty.

The situation in the country was dangerous. An eleven-week general strike was just ending with tension between Africans and East Indians running at high levels. The object was for the Army to provide much needed support to the police and to prevent tension between the races getting out of hand. The Grenadiers assumed responsibility for supporting the police in Georgetown while the Green Jackets did the same in the coastal districts. Within about two weeks of the Battalion’s arrival life had returned to almost normal.

The Battalion returned to Colchester in January 1964. 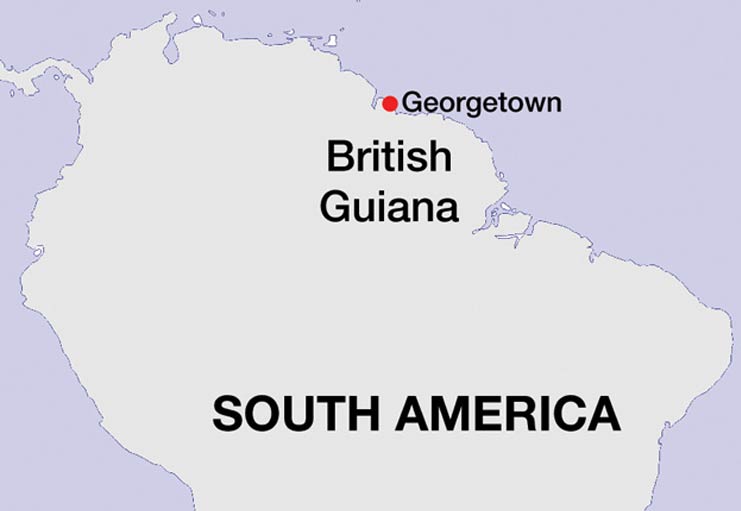 If you are able to name any of those in the photograph above, please contact the Museum’s Keeper of the Archives, Major Ken Gray, by e-mail: archives@rgjmuseum.co.uk or by telephone: 01962 828 549. Thank you.