This photograph is listed in the Museum’s archives as showing members of 3rd Battalion, The Rifle Brigade, carrying out bayonet practice in 1917. No other information is recorded as to where the bayonet practice took place and when in 1917. 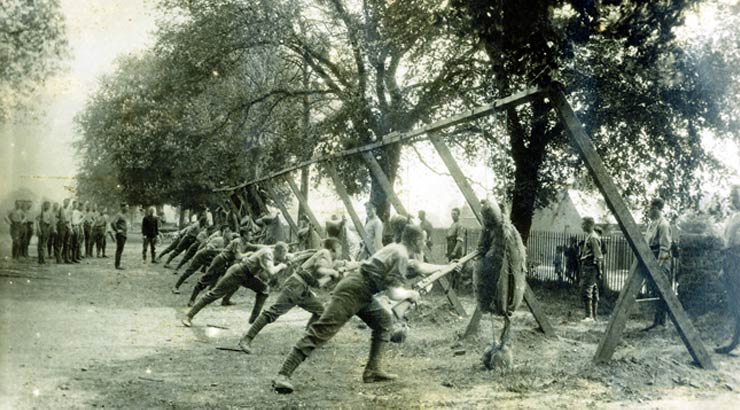 3rd Battalion, The Rifle Brigade, were stationed on the Western Front throughout 1917. Their activities were typical of other battalions, with spells in and out of the front-line.

An intensive seven weeks’ period of training out of the line did take place between 19 April and 6 June during which the photograph might have been taken. The fine weather, the leaves on the trees and the wearing of shirt-sleeve order shown in the photograph suggest May as a possible month. The bayonet practice may also have been ordered in preparation for the Battalion’s subsequent involvement in the attack on Messines Ridge on 7 June 1917.

The Battalion was similarly out of the line six miles east of Boulogne from 3-18 July when organised bayonet practice might have taken place. The Battalion subsequently returned to the front in time to take part in the Third Battle of Ypres (Passchendaele) beginning on 31 July 1917. Within five days the Battalion had suffered 234 casualties.

Examining the movements of the Battalion from August 1917 until the end of the year, and bearing in mind the seasonal and climatic conditions shown in the photograph, it is unlikely that the photograph was taken after July 1917. 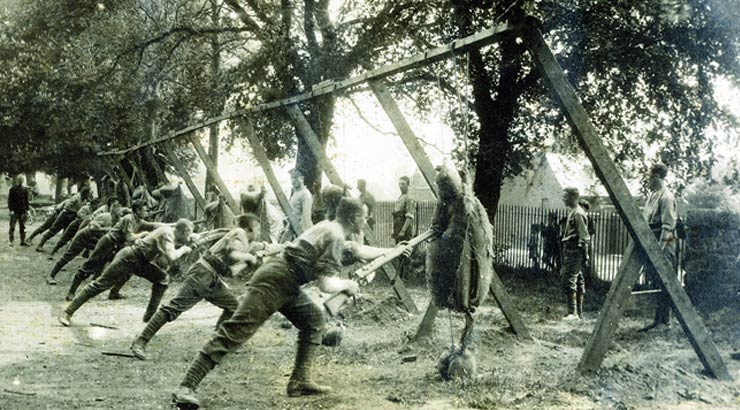