This photograph from an album originally belonging to P.J.R. Currie and now in the Museum archives shows the tented camp of the 10th Brigade at Ash Ranges in August 1912. The camp was attended by 2nd Battalion, The King’s Royal Rifle Corps (KRRC). 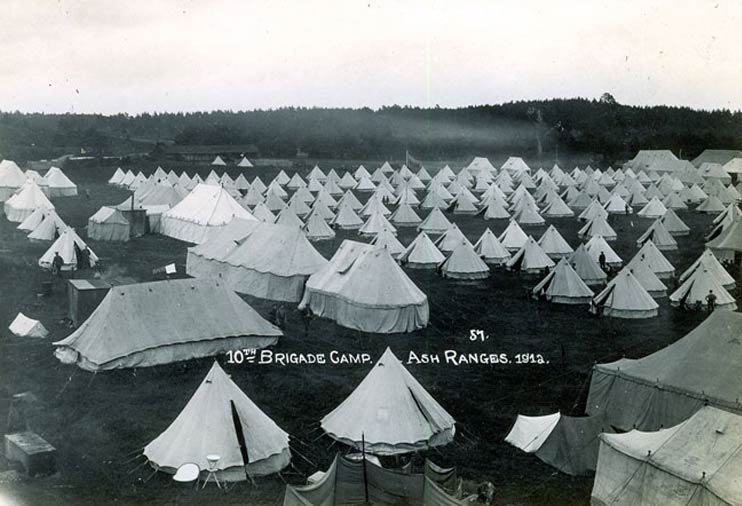 The 1912 KRRC Chronicle records that:

“The Battalion moved to Ash Camp, Aldershot, on August 10th and remained there until September 10th for brigade and divisional training. The division, under the command of Lieutenant-General Sir James Grierson, was inspected near Petersfield on September 11th and 12th, returning to Ash Camp on the 13th. On the 15th the Battalion proceeded to Biggleswade and took part in Army Manoeuvres. While we were at Ash Camp the weather was very wet, but the health of the Battalion was excellent. The weather on manoeuvres was fortunately fine.”