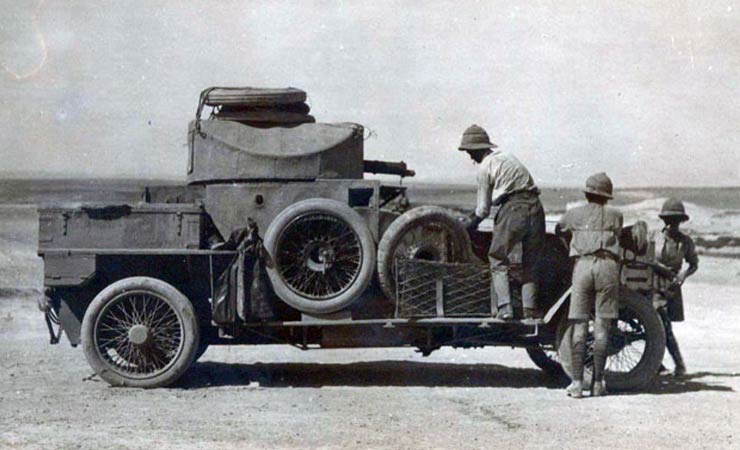 The photograph is recorded as originating from the photo archives of The King’s Royal Rifle Corps and is labelled ‘Mosul, 1920’. This is almost certainly an error as there were no battalions of the KRRC in Mesopotamia after the First World War, except possibly some officers on the staff.

However, 1st Battalion, The Rifle Brigade (1 RB), was in Mesopotamia in 1920 having sailed from England, via Bombay, arriving in Basra on 13 October 1919. The Battalion left Iraq for India and Cawnpore on 3 January 1921. 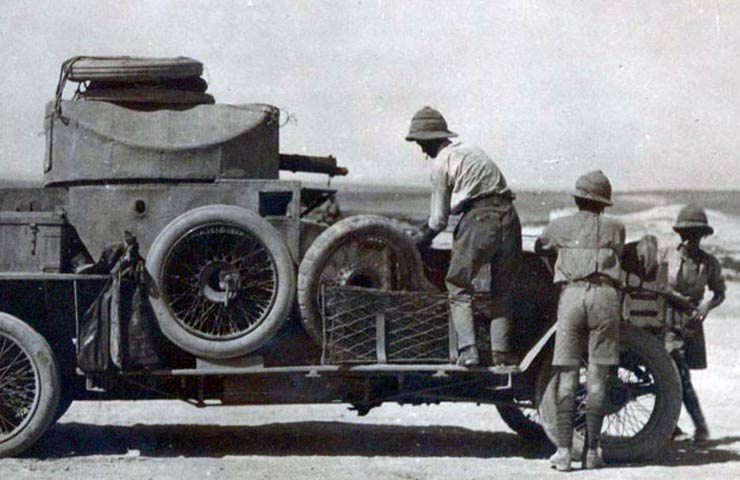 Light Armoured Motor Batteries were units of the Machine Gun Corps, which was formed in October 1915 and disbanded in 1922. The three soldiers in the photograph were almost certainly members of the MGC and not members of The Rifle Brigade.

Service in Mesopotamia in 1920 was not much fun. According to the Battalion’s account in the 1920 Rifle Brigade Chronicle, ‘the weather and temperature dominated the situation, 60 degrees variation between dawn and midday was common’ with the maximum temperature under canvas reaching 125 degrees in August and the minimum in November falling to 20 degrees.

The Battalion moved from its base at Baiji to Baghdad at the end of July, armed revolt having broken out in June. Thereafter it was repeatedly deployed to other centres of insurrection before the revolt was eventually quelled in October.

The Battalion’s task is recorded in the Chronicle as ‘to show force, burn insurgents’ houses or centres, [and] impose the payment of fines and the collection of rifles’. This necessitated marching some 420 miles in sixty-six days, which included fourteen days spent at rest. The Battalion’s strength was never more than 450.

The arrival of two RAF squadrons as reinforcements from Iran played a key role in shifting the military balance in favour of the British and Indian troops opposing the revolt on the ground.

Those present received the General Service Medal, 1918-62, with clasp ‘Iraq’.