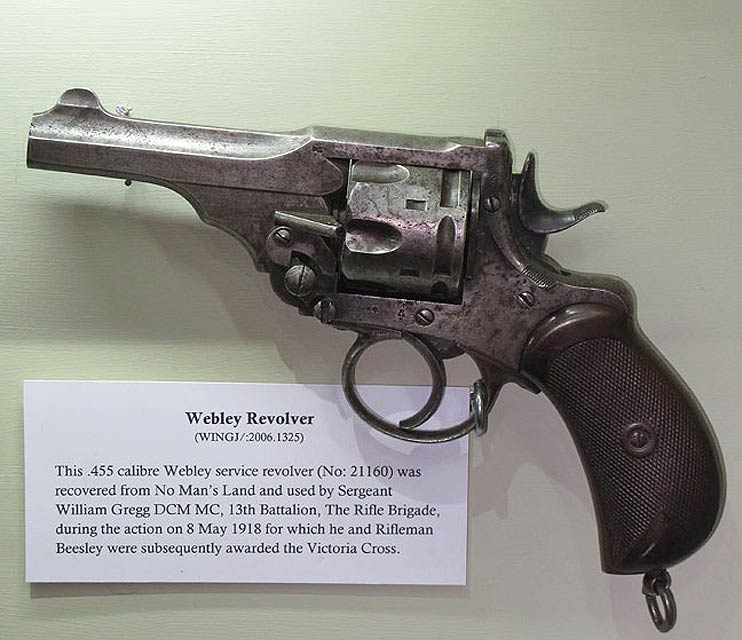 This revolver was found in no-mans land and used in the action during which Sgt William (Bill) Gregg won his VC at Bucquoy, France on 8 May 1918. Sgt Gregg had enlisted into The Rifle Brigade in late 1914 rising to the rank of Sergeant by November 1917 in 13th Battalion, The Rifle Brigade (13 RB). In May 1918 when he was awarded the VC he had already won the MM (February 1917) and DCM (November 1917) for gallantry and established a great reputation as a fighting soldier. One of his platoon corporals said of him:

‘He was completely fearless. He came through action after action unscathed. In fact, he went looking for trouble, particularly at night in No-Mans-Land, observing and searching for information of value. Indeed a fine fighting man and one we would follow anywhere.’

On 8 May 1918 two companies of 13 RB attacked a German outpost position without artillery preparation. Sergeant Gregg was with the right company, which came under heavy fire from the right flank as it advanced. All the company officers were hit and he at once took command of the attack. He rushed an enemy post and personally killed an entire machine-gun team capturing the gun and four men in a dug-out near by. He then rushed another post, killed two men and captured another. In spite of heavy casualties he reached his objective, and started consolidating the position ensuring the success of the attack.

Later, Sgt. Gregg’s party were driven back by an enemy counter-attack, but with reinforcements coming up, he led a charge, personally bombed a hostile machine gun, killed the crew, and captured the gun. Once again he was driven back. He led another successful attack, and hung on to the position until ordered by his company commander to withdraw.

His example and leadership was recognised by the award of the VC making Sergeant Gregg the first soldier in WW1 win a VC, DCM and MM. His medals are pictured below. 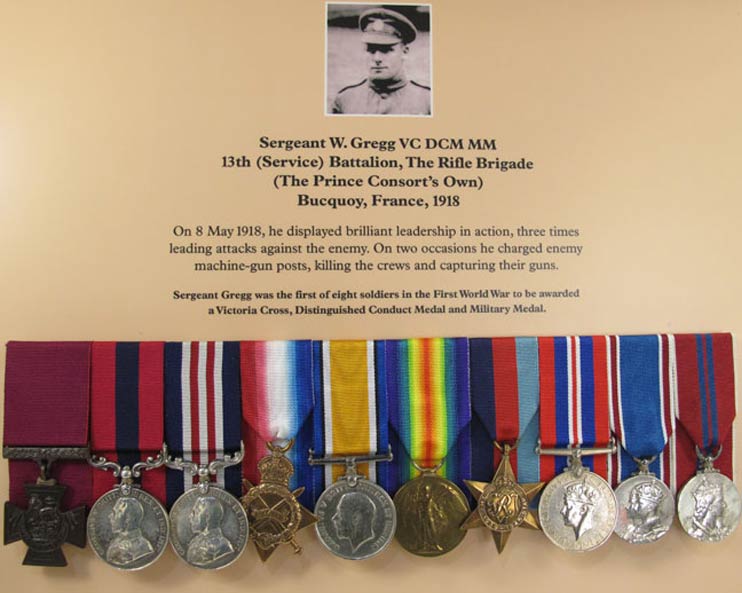 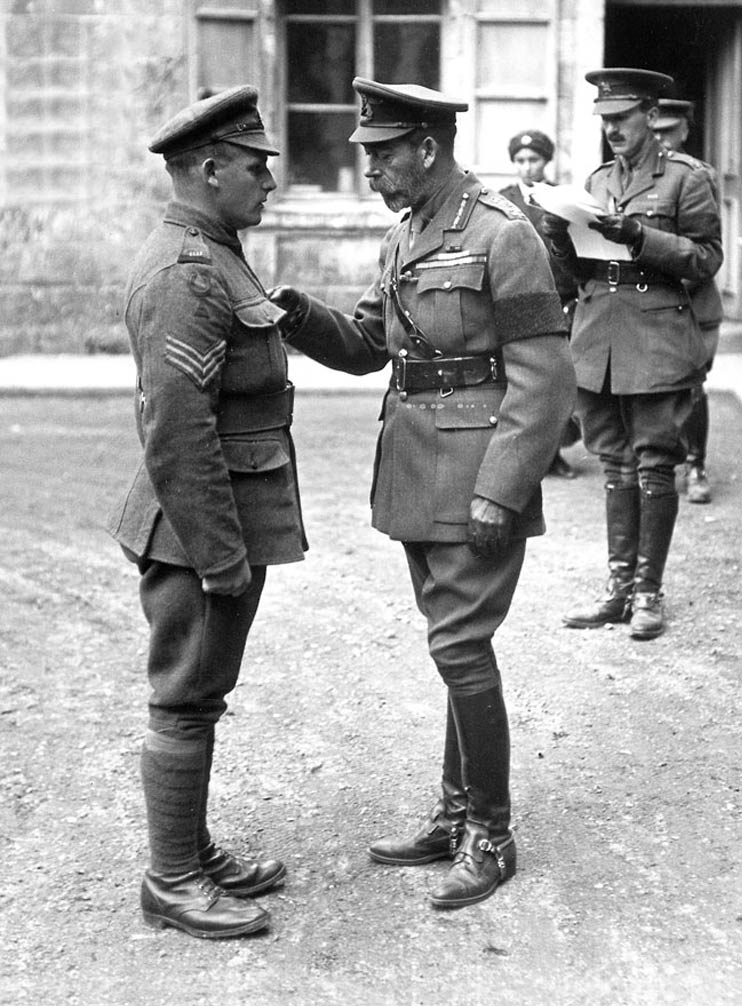