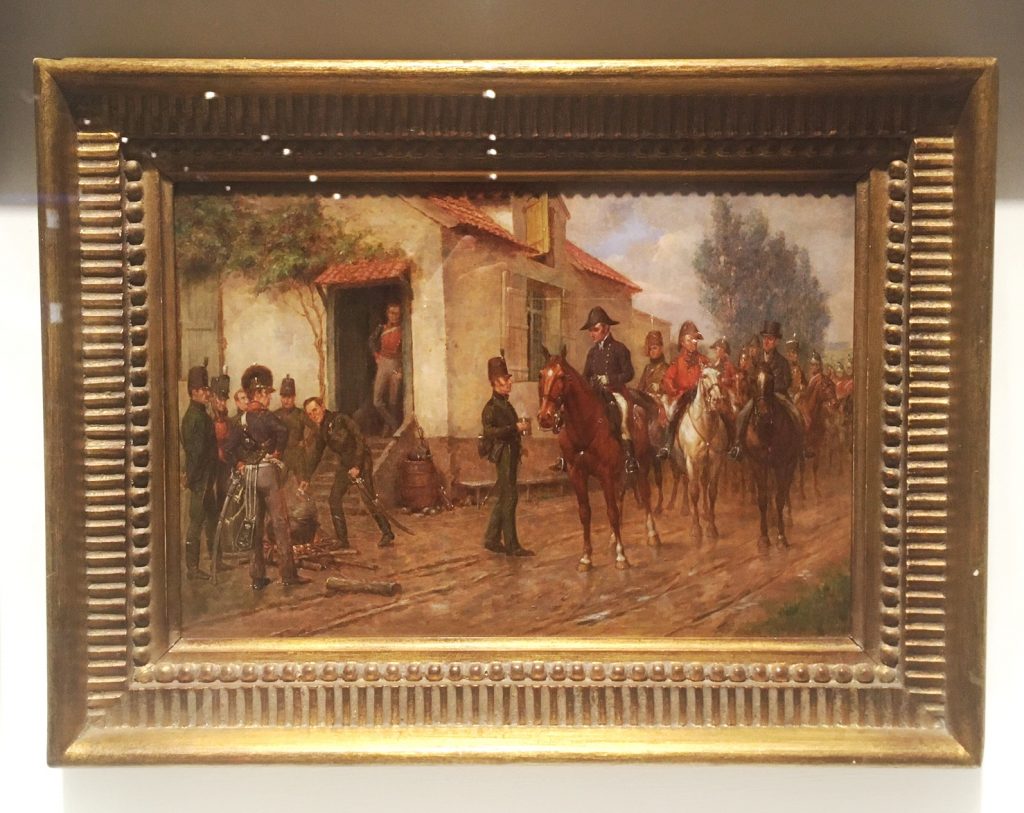 The Morning of Waterloo

This artwork on display on the first floor of the Museum is by James De Vine Aylward and was painted in 1917.  It is a small oil painting on board measuring 18.5 cm by 28cm and depicts the Duke of Wellington on the morning of the battle of Waterloo, 18th June 1815.

The painting re-creates a well-known incident in the history of the 95th Rifles. The cottage is Maison Valette on the Charleroi-Brussels road, about 100 metres behind Wellington’s front line.  The commanding officer of the 1st/95th, Colonel Sir Andrew Barnard, made the cottage his headquarters on the night before the battle with his men camped close by. They had experienced heavy rain the night before as described in History of the Rifle Brigade by Sir William Cope –

“The retreat continued, through incessant torrents of rain, which made the ground and trampled the corn so difficult  to move over, that the Riflemen did not reach the position of Waterloo till a couple of hours before dark.  There they bivouacked, with the right wing of the Battalion resting on the Charleroi road, behind La Haye Sainte, and near a small cottage where Sir Andrew Barnard had established his quarters, and where he dispensed the provisions he had received from Brussels to many of his officers……… While the Battalion lay their  arms, the rain still fell in torrents; there was a thunderstorm in the evening; and through the night  it rained heavily; but towards morning dwindled to a thin small rain, and finally ceased before daybreak.

The morning of the 18th dawned heavily; the heavy moisture of the night rose from the heated ground in the mist and haze; which as the sun gained power, ascended and left the ground and prospect clear, yet kept the day cloudy.

At daylight the men sprang to their feet, and took their arms; cleaning them and their accoutrements, moistened and rusted by so many hours of wet.

This done, the Battalion took up its position.” 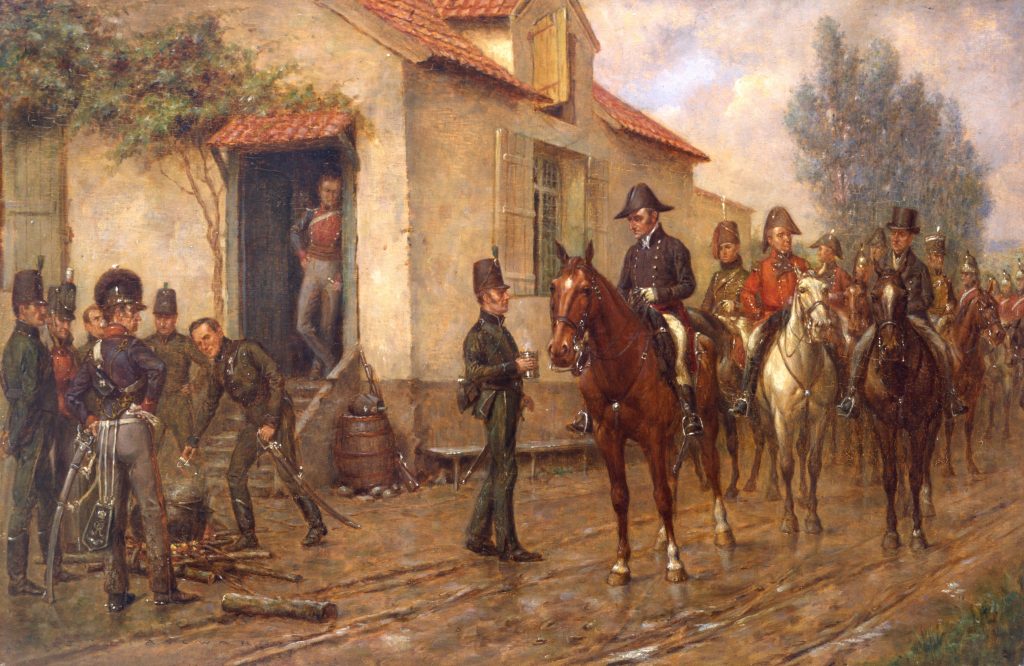 The Morning of Waterloo by James De Vine Aylward

Shortly before the battle , Wellington stopped at the cottage and was offered hot, sweet tea from a huge camp kettle used for a brew to revive the Riflemen after the previous night.

During the battle the cottage was used to shelter the wounded on their way to the field hospital at Mont St. Jean.