This rather unusual object for a military museum is a coal-fired 0-6-0 tank engine (locomotive). It was built by Mr Tom Moore of Stradbroke in Suffolk and named by him Frank Moore in memory of his eldest brother, 6847925 Rifleman Frank Moore. 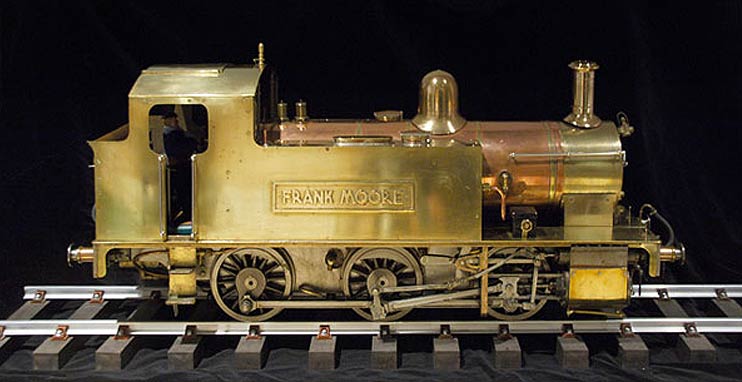 Rifleman Frank Moore was killed in action north of Ravenna in Italy on 22 January 1945 while serving with the 1st Battalion, The King’s Royal Rifle Corps.

Mr Moore took 10 years to build the locomotive which is 33 inches in length and weighs approximately 100 pounds.

On completion in 1998 it had the capacity to pull up to six adults on the 5-inch gauge track at Romford Model Engineering Club in Essex. The locomotive was recently taken out of use and was donated to the Museum by Mr Moore in August 2008.

What makes this locomotive particularly valued is that it was built by Mr Moore as a labour of love and a poignant and fitting tribute to a brother whom Tom Moore greatly admired and has never forgotten.

The Trustees of the Museum are extremely pleased to have received the locomotive and plan to have it on display by the end of 2008.