The Stewart miniatures, is a group of five portrait miniatures of members of the Stewart family in a period frame. Two are of Lieutenant-General the Honourable Sir William Stewart who is best remembered for his key role as second-in-command to Colonel Coote Manningham in establishing, organising and training the Experimental Corps of Riflemen (later the 95th Rifles) between 1800 and 1804. 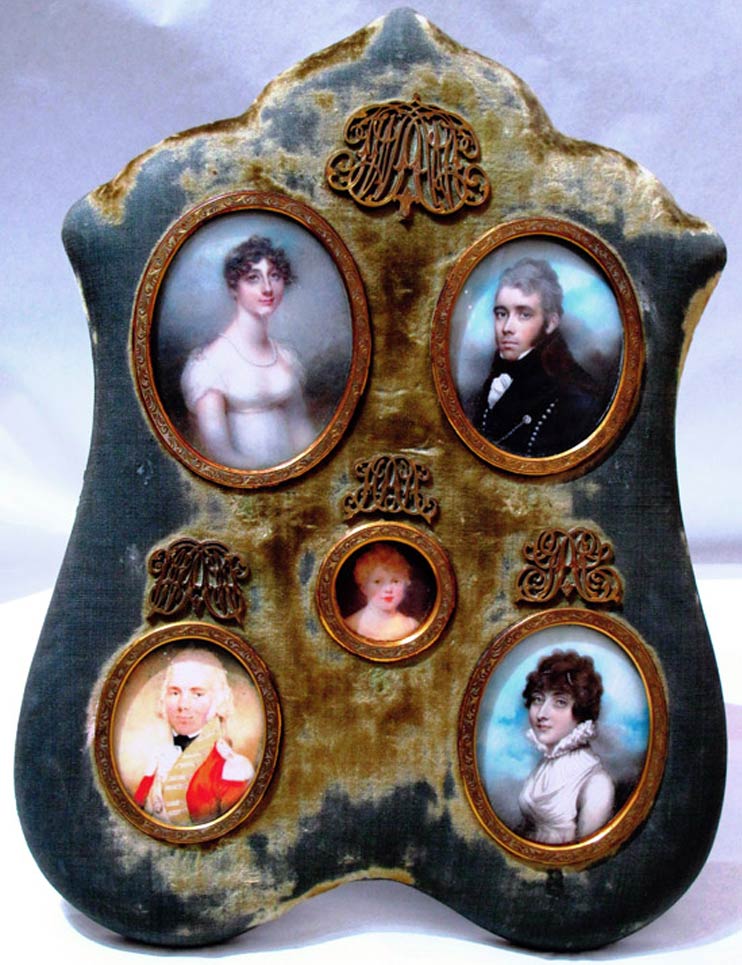 The miniatures were acquired by The Rifle Brigade Club, on behalf of the Museum, with the help of a grant from the Army Museums Ogilby Trust, in 1956 and are on display in the Museum. 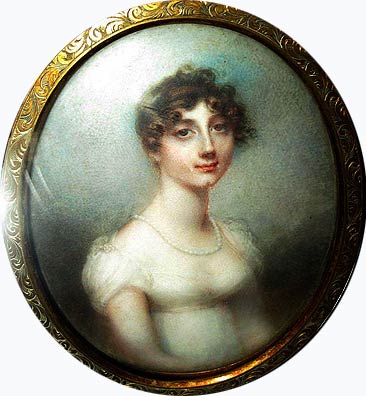 The portrait, top left, painted by Mrs Anne Mee (c.1770-1851), is of the Hon Frances Douglas, daughter of John Douglas, second son of the 14th Earl of Morton. She and William Stewart were married on 21 April 1804. The portrait is undated but looks as if it were painted not long before or at the time of their marriage. Sir William and Lady Stewart had two children, a son, Horatio, and a daughter, Louisa. Lady Stewart died on 6 August 1833. 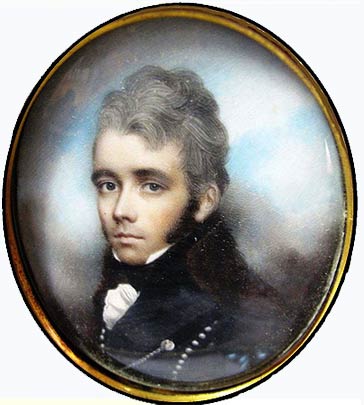 The portraits (top right and bottom right) are of the Hon William Stewart and his sister, Lady Georgiana Stewart (1777-1804). They were painted by the miniaturist, Andrew Plimer (1763-1837). Although undated, they were almost certainly painted between 1800 and 1804 as William is wearing the early uniform of the Rifles and Lady Georgiana died in 1804. 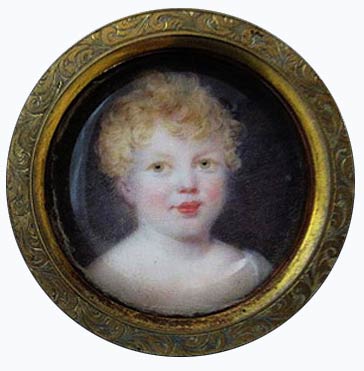 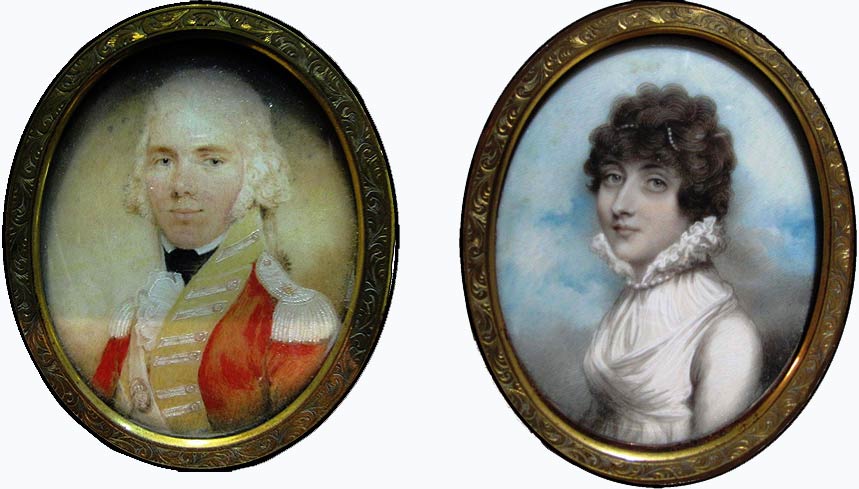 The Hon William Stewart was born on 10 January 1774. He was the second surviving son of the 7th Earl of Galloway. He was commissioned as an ensign in the 42nd (Royal Highland) Regiment on 8 March 1786, aged 12, transferring to the 67th Regiment in 1787. He served thereafter in many capacities before being appointed a Lieutenant-Colonel in the army on 14 January 1795, aged 21. He transferred to the Experimental Corps of Riflemen on 25 August 1800, aged 26.

Stewart left the 1st/95th Rifles in 1804 to command a brigade of volunteers in the east of England, filling a variety of appointments thereafter, including in the Peninsular War. He received an Army Gold Cross with six clasps: Albuhera, Vittoria, Pyrenees, Nivelle, Nive and Orthes. He was knighted on 11 September 1813 and appointed a Knight Grand Commander of the Order of the Bath (GCB) on 2 January 1815.

He died at his home, Cumloden near Newton Stewart, Wigtownshire, on 7 January 1827, aged 52.