This particularly handsome silver Dutch galleon was given by the officers of 2nd Battalion, The King’s Royal Rifle Corps, to the officers of the 1st Battalion, in memory of their lucky escape from the Royal Indian Marine Ship Warren Hastings after it ran onto rocks off the coastline of Réunion and was wrecked on 14 January 1897. 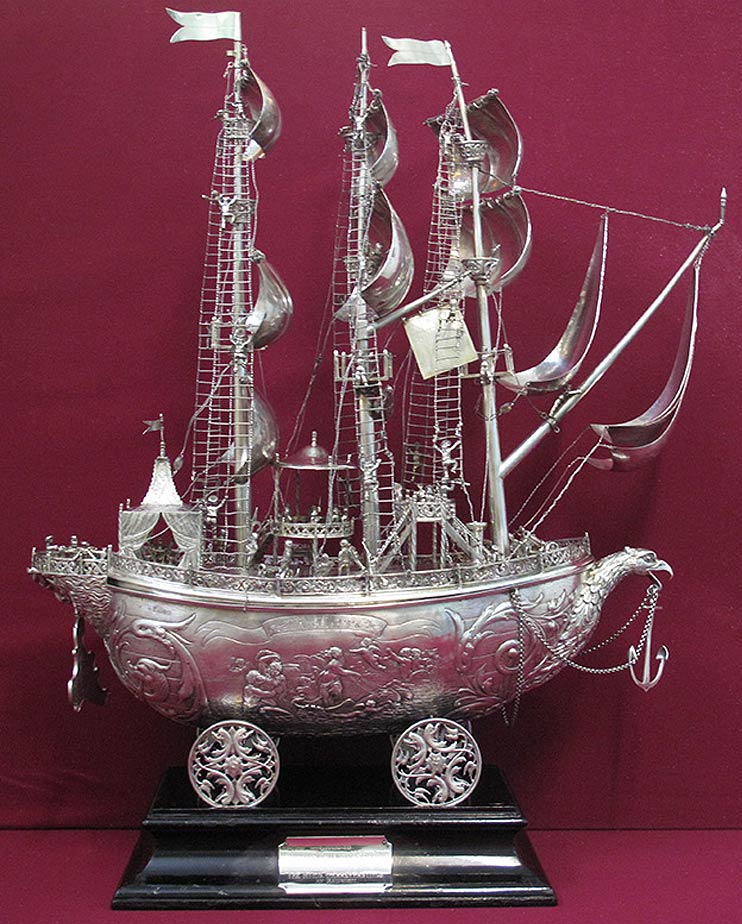 The galleon, which has intricate rigging and needs very careful handling, has recently been conserved.

Read the full story of the wreck of the RIMS Warren Hastings.