This object is a small silver casket presented to Lieutenant-Colonel, later Major-General Sir Amos Norcott CB KCH, commanding officer of 2nd Battalion, The Rifle Brigade, by the citizens of Paris on departure of the Army of Occupation in 1818. 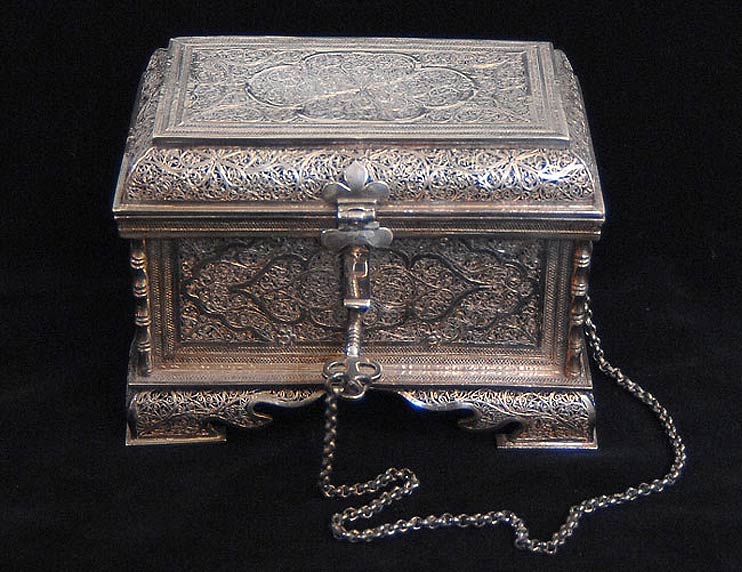 The 1st/95th, 2nd/95th and two companies of the 3rd/95th Rifles took part in the Battle of Waterloo on 18 June 1815. After the battle they all marched to Paris where they formed a part of the Allied Army of Occupation in France.

In July 1815 Battalion Headquarters and five companies of 3rd/95th arrived from England to join the two companies already in Paris. On 25 August 1815, the Regimental birthday, the officers of all three battalions dined together at St. Germain-en-Laye.

While in France, on 16 February 1816, the Regiment’s title was changed from the 95th Rifles to The Rifle Brigade.

The silver casket presented to the 2nd Battalion, The Rifle Brigade, which is on permanent display in the Museum, is a particularly handsome piece. It does not bear an inscription. 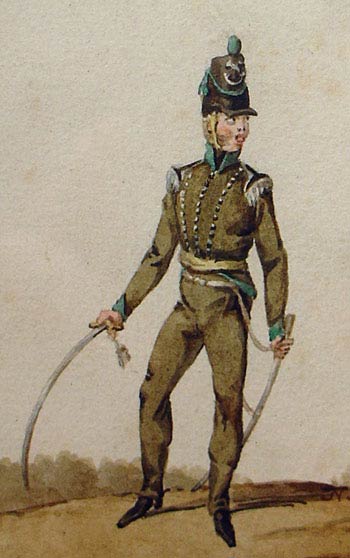 A watercolour of a 95th Rifles’ officer painted by the French artist Noel Dieudonné Finart (1797-1852) during the Allied occupation of Paris in 1815-16. The watercolour is on display alongside the silver casket.