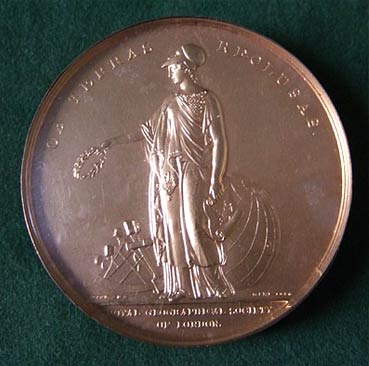 This is the only example of a Royal Geographical Society (RGS) Founder’s Gold Medal owned by and on display in the Museum. It was awarded to Lieutenant Boyd Alexander of The Rifle Brigade in 1908 “for his three years’ journey across Africa from the Niger to the Nile” between 1904 and 1907.

Lt Alexander is one of two Green Jacket officers to have been awarded a RGS Gold Medal. The other was Brigadier Sir John Hunt, Leader of the successful 1953 British Mount Everest Expedition. 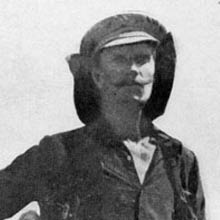 From his earliest childhood Boyd Alexander (left) showed an extraordinary interest for natural history. In 1897, aged 24, he undertook his first expedition abroad – to the Cape Verde Islands. This was followed by others. He subsequently joined the Gold Coast Constabulary and took part in General Willcocks’s relief of Kumassi in 1900. For this he was awarded the Ashanti Medal with clasp, Kumassi, the medal being on display in the Museum alongside his RGS Gold Medal.

Boyd Alexander was commissioned in The Rifle Brigade on his return to England in 1901, his father, Colonel B.F. Alexander, having previously served in the Regiment.

In 1904 he was granted leave of absence by the Regiment to lead what became known as the Alexander-Gosling Expedition, which crossed Africa from the Niger to the Nile and explored the countries bordering Lake Chad. He was accompanied by his brother, Captain Claud Alexander of The Scots Guards; by Captain G.B. Gosling, a fellow officer in The Rifle Brigade; and by a Portuguese collector, José Lopez.

During the three-year expedition his brother and Captain Gosling both died of disease, leaving Boyd Alexander and José Lopez to complete the expedition on their own. He subsequently gave an account of his expedition to the RGS on 13 May 1907 and wrote a two-volume book From the Niger to the Nile dedicated “To my Lost Companions”. He was awarded the RGS Founder’s Gold Medal in 1908. He resigned his commission in The Rifle Brigade shortly afterwards.

In 1909 Alexander was again exploring in Africa. In 1910 he set off to cross the continent from Nigeria to Khartoum. On 2 April, and against advice from the French authorities in Chad that it was too dangerous to continue, he persisted and was accidentally shot dead in a contretemps with natives in the British territory of Tama. His body was recovered and buried by José Lopez in a grave close to that of his “Lost Companions”, his brother, Claude, and his friend, Captain Gosling, at Maifoni on the shores of Lake Chad.

His passing was greatly mourned by his father who had lost two sons on expeditions in central Africa and by the officers of his former Regiment, The Rifle Brigade.

RGS Gold Medals were first presented in 1831, with an accompanying annual gift of 50 guineas from King William IV. In 1839 the Society decided that this sum should be divided into two gold medals of equal value. The award of two Gold medals annually, known as the Founder’s Medal and the Patron’s Medal, are both approved by the Sovereign.

More details about RGS medals and awards and a complete list of RGS Gold Medal recipients since 1831 to the present day may be found on the RGS website.

Photographs from The Niger to The Nile Expedition 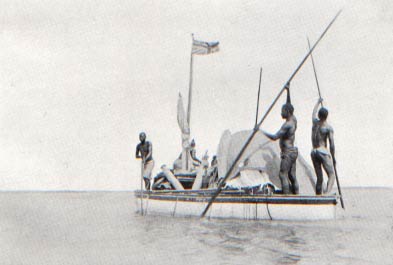 One of the expedition boats. 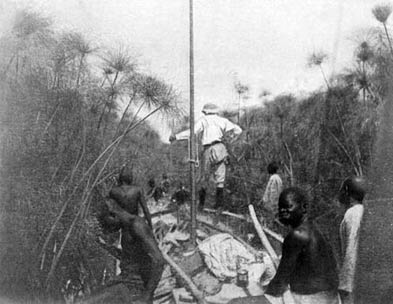 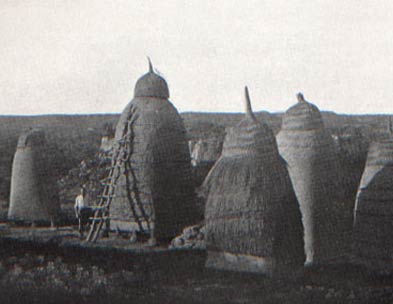