This object is the Military General Service Medal (1793-1814) with four clasps awarded to the Reverend H. J. Symons who, after Lieutenant-General Sir John Moore was mortally wounded at the battle of Corunna on 16 January 1809, officiated at his burial service at 8 a.m. on the following day.

Henry John Symons was born in Hackney in 1781 and educated at Merchant Taylors and St. John’s College, Oxford, before taking Holy Orders. After a spell as a curate at St. Ann’s, Holborn, he became a chaplain to the forces and was appointed to the Brigade of Guards. Thus, at the age of 28, he found himself not only campaigning in Spain but, after the battle of Corunna, summoned to Sir John Moore’s lodging to administer the last rites to the mortally-wounded General and, on the following morning in a south-westerly gale, conduct his burial service.

The General’s body was dressed in uniform and wrapped in a soldier’s blanket before it was lowered into Spanish soil on the long crimson sashes of four officers of his family. One of these sashes plus Moore’s own blood-stained sash can be seen at the National Army Museum, together with the prayer book used by the Reverend Symons at the service. Inside the prayer book he wrote: 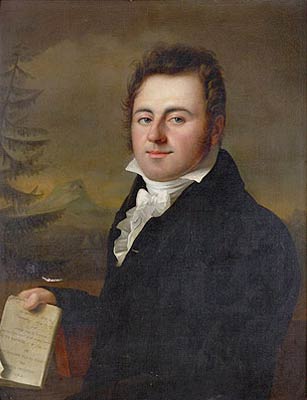 Portrait of Revd Symons in 1814 by Georges de Galard.

From this prayer book I read the Burial Service over the body of Lieut. General Sir John Moore KB, who received a mortal wound whilst engaged with the French Cavalry in the front of Corunna in Spain on the afternoon of 16th January, 1809.

In 1816 the Reverend Charles Wolfe wrote his epic poem The Burial of Sir John Moore after Corunna in which it is stated that ‘we buried him darkly at dead of night’. In 1852 Symons contradicted Wolfe’s version stating that: ‘It was now daylight. The enemy immediately opened fire on the ships in the harbour and the funeral service was performed without delay, as they were exposed to the fire of the enemy’s guns.’

The Reverend Symons applied for his Military General Service Medal when the medal was authorised by General Order on 1 June 1847. There was no question about his eligibility to receive the medal with the clasps ‘Nivelle’, ‘Orthes’ and ‘Toulouse’ as his service in the Army Chaplain’s Department from 12 May 1813, as recorded in the Army List, was not in doubt. However, he was only granted the clasp ‘Corunna’ on appeal, having to prove that he was present during the battle. 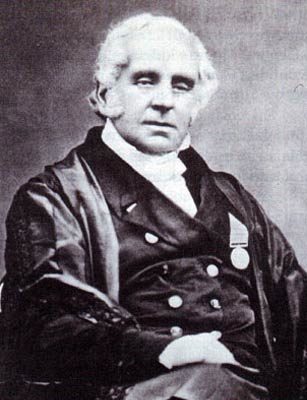 The painting of the Reverend Symons in 1814 by Georges de Galard shown here appears courtesy of Hereford Museum and Art Gallery, Herefordshire Heritage Services. The photograph of him wearing his Military General Service Medal was clearly taken some time between 1848 and 1857, after his receipt of the medal.

The medal was gifted to The Rifle Brigade Museum in 1973 by descendants of the Reverend Symons. It was transferred into the ownership of The Royal Green Jackets Museum Trust in 1992 and is on display in the Museum.

Reference: The King’s Royal Rifle Corps Journal, 2010, pp 124-8, with thanks to Robin Ollington, the author.