The two field guns that guard the entrance to the Museum at Winchester were captured by 2nd Battalion, The Rifle Brigade, during the Battle of Omdurman on 2 September 1898. Subsequently they were presented to the Battalion by a grateful General Sir Herbert (later Field Marshal Lord) Kitchener. He commanded the British, Egyptian and Sudanese armies that defeated Abdullah-al-Taashi’s larger but less well-armed army of local tribesmen. 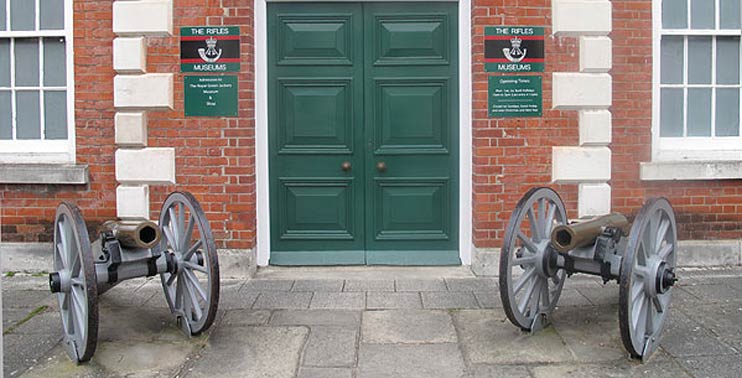 The two Omdurman Guns at the entrance to the museum. 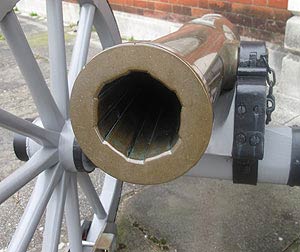 The Omdurman guns, as they are known, are small brass rifled guns, with wheels 37 inches in diameter, originally belonging to the Egyptian Army. They were captured at Shekan, near El Obeid, in Sudan on 5 November 1883, when an Egyptian Expeditionary Force was totally annihilated by the dervishes.

It is not known how the guns were used in the subsequent 15 years prior to the Battle of Omdurman, but it is easy to speculate that they played some part in the bombardment of Khartoum, when defended by the luckless General Gordon in 1885, or in the attempts by the Mahdi, Mohammed Ahmed, to check the advance of the Nile Expeditionary Force on its way, unsuccessfully, to relieve Khartoum. 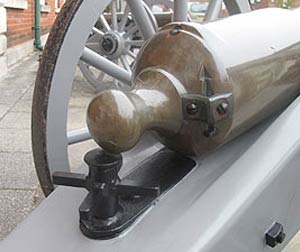 Elevation screw for fine adjustment of the guns’ elevation.