This object is one of two Naval General Service Medals (1793-1840) with the clasp ‘Copenhagen 1801’ awarded to members of the Experimental Corps of Riflemen (later the 95th Rifles). It is the only one owned by, and on display in, the Museum. It was awarded to Private J. Steff (or Stiff), who was a member of Captain Beckwith’s company, which, during the battle on 2 April 1801, provided marksmen on board the ships of His Majesty’s Navy. 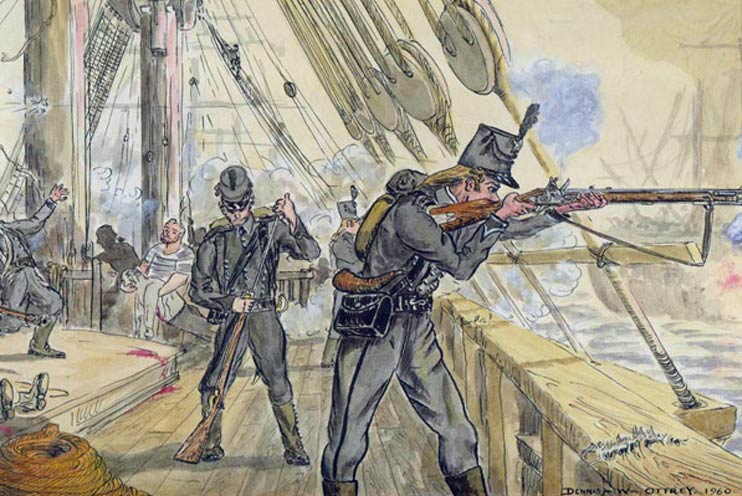 Riflemen at The Battle of Copenhagen. 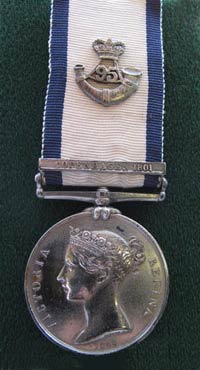 The Battle of Copenhagen in 1801 arose because the Danes had adopted a position of ‘armed neutrality’ towards France, which subsequently led the Danes to occupy the Baltic ports of Hamburg and Lübeck and place an embargo on British shipping entering the Baltic Sea. The British reacted by sending a fleet under Admiral Sir Hyde Parker , with Vice-Admiral Horatio Nelson as his second-in-command, to force the Danes to climb down.

One company of the Experimental Corps of Riflemen, under the command of Captain Sidney Beckwith, together with the 49th Regiment of Foot (later The Berkshire Regiment) and a detachment of artillery, accompanied Admiral Parker’s expedition. The Army contingent was commanded by Lieutenant-Colonel the Honourable William Stewart, commanding officer of the Experimental Corps of Riflemen.

On 28 February 1801 Captain Beckwith and his company boarded Admiral Nelson’s flagship, HMS St. George, at Portsmouth with the men later distributed as marksmen among the ships of Nelson’s squadron. The company strength amounted to four officers and 109 other ranks.

On 30 March 1801 the fleet anchored in sight of Copenhagen. On 2 April, Nelson, with a detachment of 12 ships-of-the-line, began a bombardment of the city while Admiral Parker waited offshore with the rest of the fleet. The Danes responded with fire from onshore and floating batteries of guns. These were eventually overcome by the superiority of the British gunnery. Soon afterwards the Danes accepted a ceasefire on British terms. 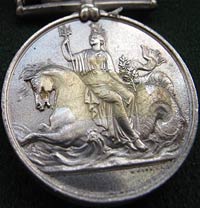 During the battle Lieutenant and Adjutant J.A. Grant on board HMS Isis became the first officer of the Experimental Corps of Riflemen killed in action since its creation in 1800. Two other ranks were also killed and six others wounded, of whom some subsequently died of their wounds.

Although the British Government did not introduce the Naval General Service Medal (1793-1840) or the Military General Service Medal (1793-1840) until 1847, regimental medals were sometimes awarded soon after the action to which they related. There are two examples of regimental medals awarded for Copenhagen 1801 on display in the Museum, both to unnamed recipients. 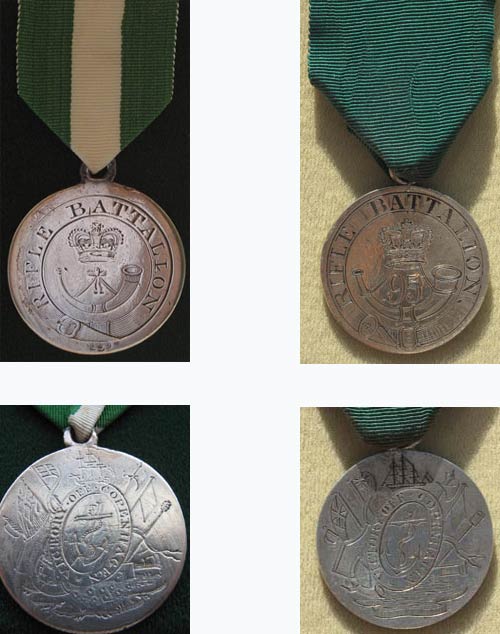