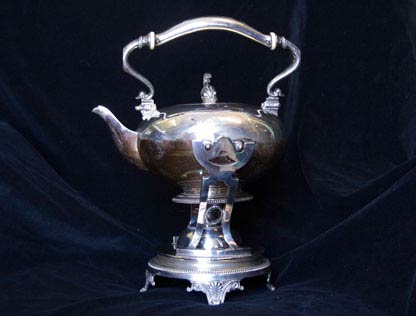 This handsome, sterling silver spirit kettle made by Tiffany & Company and with an inscription stating that the kettle was presented to Mr William Miller, Bandmaster of the 1st Battalion, The Rifle Brigade, by the citizens of Hamilton, Canada, on 17 May 1864.

The kettle is a recent addition to the Museum collection. It is in excellent condition given its age and use. It was kindly donated by Mrs H Pallett. 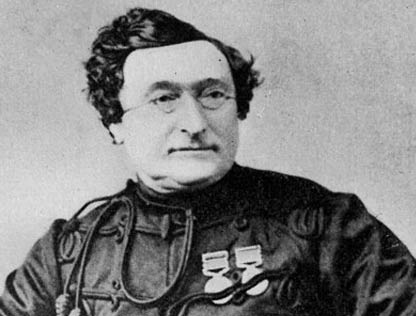 In 1827 William Miller joined the Depot Band of the 1st Battalion, The Rifle Brigade, as a boy bugler, aged 12. He was 4 feet 4 inches tall and of stout build. He had a natural aptitude for bugling and was nicknamed ‘Billy the Bugler’. He also had a natural aptitude for music and gradually worked his way through the ranks of the Band until, in 1842, he was appointed Bandmaster. He remained the Bandmaster until retiring, aged 65, in 1880.

The 1st Battalion, The Rifle Brigade, was stationed in Canada from 1862-70, the first two years of which were spent at Hamilton, Ontario. The Band, under Bandmaster Miller, frequently entertained the inhabitants. It was shortly before the Battalion left Hamilton on 31 May 1864 that the citizens of Hamilton presented the Bandmaster with the spirit kettle.

Bandmaster Miller is best remembered in The Rifle Brigade for his composition of the Regimental quick march, Ninety-Five, which he introduced in 1842 and which was adopted officially as the Regimental march in 1852.

The Museum also holds in its collection a silver key-bugle presented by the officers of the 1st Battalion to Bandmaster Miller on 5 October 1850. 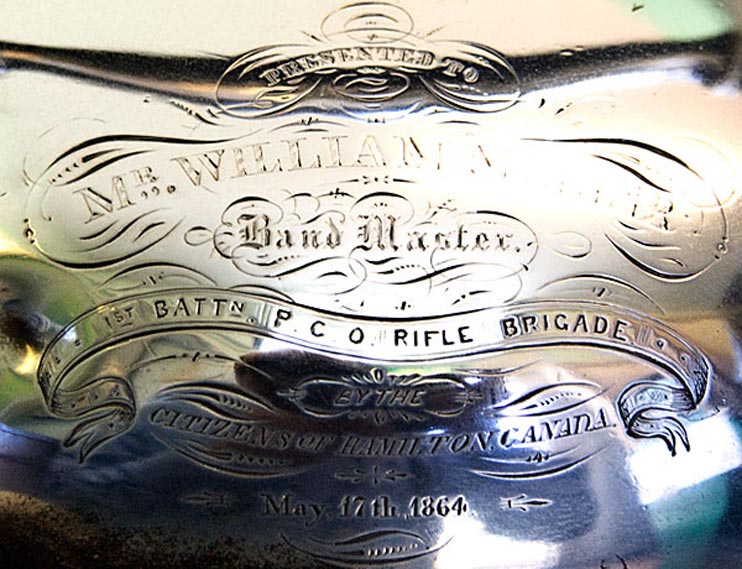 The inscription on the kettle.