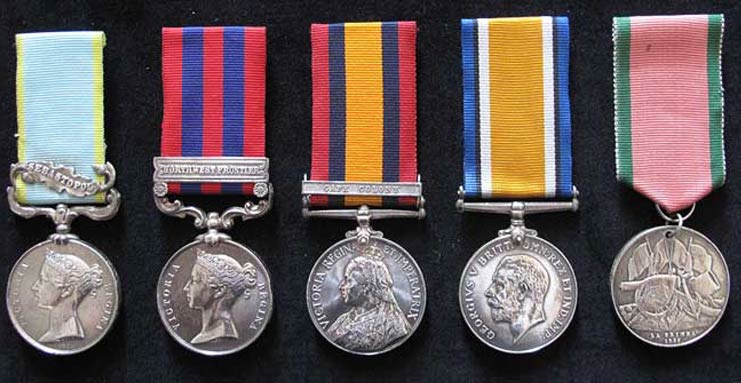 A medal group that may not be unique, but is certainly very unusual as it reflects the extraordinary length of service of the recipient, Lieutenant Colonel Lord Ruthven of The Rifle Brigade, extending over 64 years to include the Crimean War (1854-56), the South African War (1899-1902) and the First World War (1914-18). 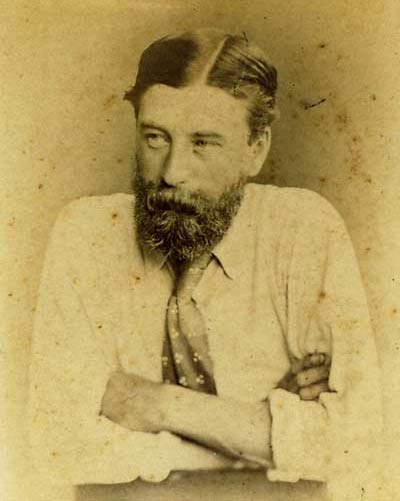 Lord Ruthven, the 8th Baron, was born in 1838 and gazetted to The Rifle Brigade as an Ensign in 1854. He was posted to the 2nd Battalion and, after missing the early battles of the Crimean War, was present at the Siege of Sebastopol for which he received the Crimea Medal 1854-56, with clasp ‘Sebastopol’, and the Turkish Crimea Medal 1855.

In 1855 he was promoted Lieutenant and in 1859, Captain. His next period of active service was with 3rd Battalion, The Rifle Brigade, on the North-West Frontier of India in 1864, for which he received the India Medal 1849-95, with clasp ‘Northwest Frontier’. In 1866 he retired from the Army.

The circumstances giving rise to Lord Ruthven’s receipt of the Queen’s South Africa Medal 1899-1902, with clasp ‘Cape Colony’ are not known. Lord Ruthven would have been around 62 years’ old at the time and may have been filling a supernumerary appointment on the staff.

Upon the outbreak of the First World War, aged 76, Lord Ruthven offered his services to the War Office and insisted upon being posted to The Rifle Brigade. In 1915 he was appointed a King’s Messenger and made many journeys by sea and aeroplane to France. On one occasion he succeeded in getting up to the front line where he remained all night in a sap hoping, as he expressed it, ‘to pot a German at dawn’. Meanwhile General Headquarters were wiring all over Northern France: where is Lord Ruthven?

In 1917 he was gazetted Temporary Major in The Rifle Brigade and in 1918, Lieutenant-Colonel. When not on messenger duty, he served during the war at The Rifle Depot. For his services he received the British War Medal 1914-20.