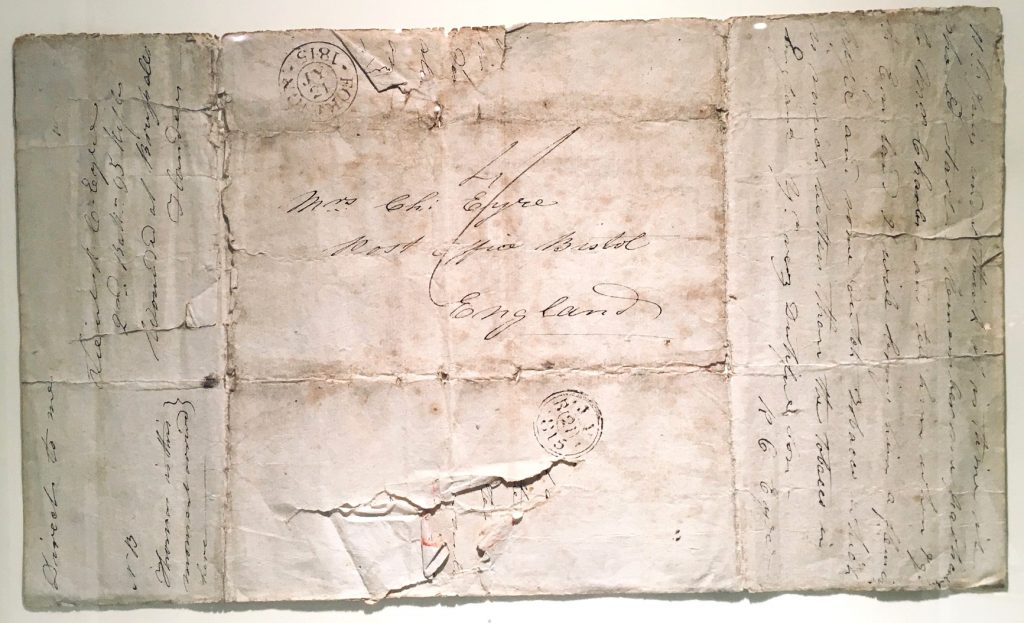 The letter above was written by Lieutenant Richard Cocks Eyre who served with the 2nd Battalion  95th Foot at the Battle of Waterloo.  Addressed to his mother, it is dated 28 June 1815, just ten days following the event, and describes his experiences of the battle.

The following are excerpts from the letter.

To commence….. on 15th our Regiment were on outpost duty on the French frontier near Mons…….when we were ordered to retire and……march immediately to the Duke of Wellington’s Headquarters – a distance of about 51 miles. 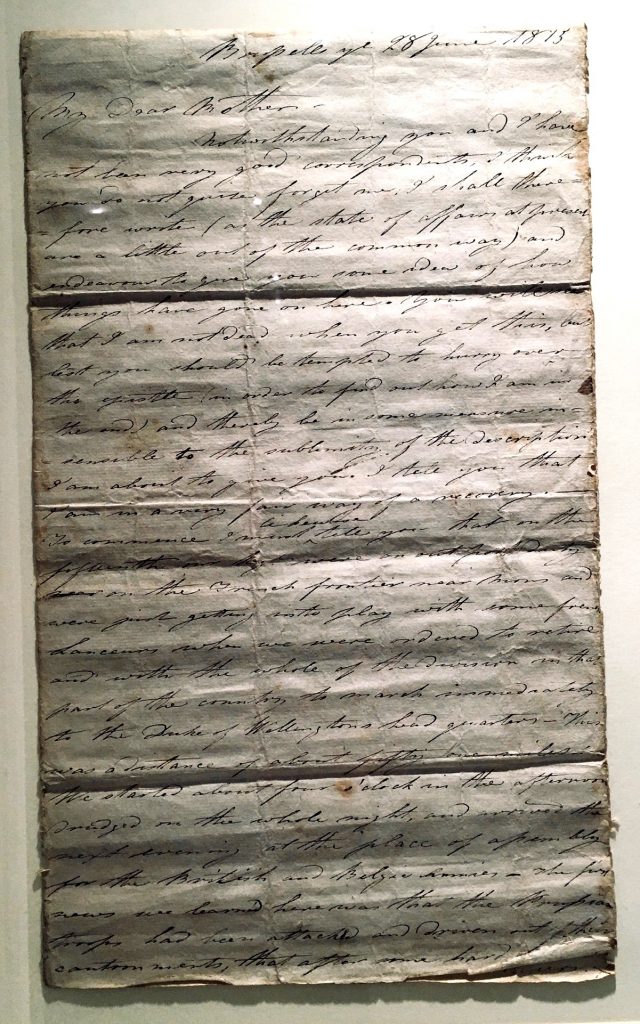 ………at daybreak on the 18th we saw nothing of the enemy, it continued to rain tremendously!  Our wounded were in a desparate situation and those who were not wounded were like so many half-drowned and half -starved rats.

At about 7 o’clock….we had leave from General Adam who commanded our (Light) Brigade to plunder three farmhouses which were near us!……in less than an hour we had a delicious breakfast of beef, pork, veal, duck, chicken, potatoes and other delicacies……

The fate of the day was at length decided by a charge of our whole army in line four deep – after a conflict which I cannot attempt to describe to you the French Imperial Guard gave way and their whole force were thrown into the utmost confusion…..

………in this last movement I was fortunate enough to get wounded!  A musket ball entered just below the wrist in my left hand, the bones leading to my thumb and forefinger are a good deal smashed, the ball is still in my hand – some leather and velvet which was driven in from my sleeve and glove have been already extracted with some pieces of bone but there is too much inflamation to allow them to cut out the ball.

The framed letter is displayed in the Waterloo Gallery on the first floor of The Royal Green Jackets (Rifles) Museum.