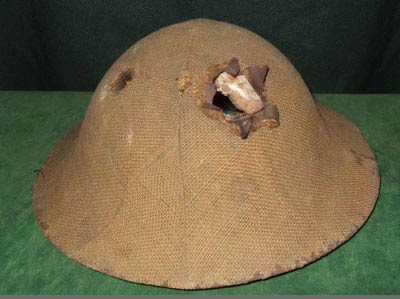 This World War 1 helmet was worn by 2nd Lieutenant John Cheney of the 2nd Battalion, The King’s Royal Rifle Corps, when he was hit in the head by a sniper’s bullet during the fighting in France in 1918.

Careful examination reveals that the bullet penetrated 2nd Lieutenant Cheney’s helmet at the hairline above his right temple before exiting his helmet with explosive force above his left temple. He was seriously wounded, spending several months in hospital. He was lucky to survive.

John Cheney (1897-1970) was educated at Eton College and the Royal Military Academy Sandhurst before being commissioned in The King’s Royal Rifle Corps in May 1917. After service on the Western Front during the First World War, he served with the Regiment in India and Germany before becoming Adjutant of Queen Victoria’s Rifles from 1930-34.

Cheney was a keen golfer and racquets player. He was Army Racquets Doubles Champion twice, in 1932 and 1935, on both occasions partnering another officer in the Regiment. He reached the final of the Army Racquets Singles Championships five times, including in 1935, but never won.

Cheney as a Captain and Army doubles racquets champion.

Cheney in the uniform of an officer in Her Majesty’s Bodyguard of the Honourable Corps of Gentlemen at Arms.

Captain Cheney left the Army at the end of 1935 and joined the War Department Constabulary. At the outbreak of the Second World War he was too old to rejoin The Kings Royal Rifle Corps and became an officer in the Corps of Military Police. He later rose to the rank of Brigadier, holding the appointment of Provost Marshal in General Montgomery’s 21st Army Group during the advance into North-West Europe. 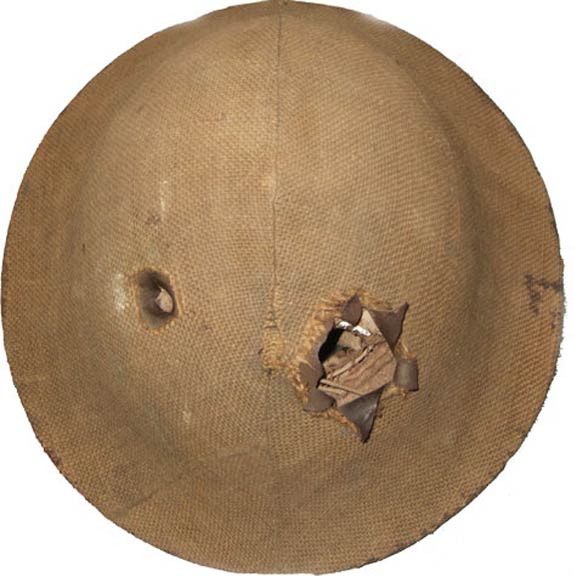