Home > Object archive > The hoof of Coalbox – A German pony 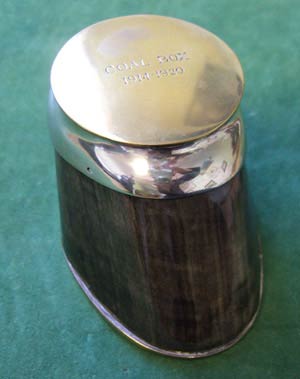 This object is one of the four hooves of ‘Coal Box’, a German pony befriended by bandsmen of the 2nd Battalion, The King’s Royal Rifle Corps (2 KRRC), during the First World War. The hoof, which is on display in the Museum, is silver plated and engraved with the words ‘Coal Box 1914-1920’.

‘Coal Box’ was a German pony, which strayed into the lines of 2 KRRC in Belgium in 1914. He subsequently remained with the Battalion throughout the First World War, being looked after by Lance-Corporal Geary of the Band. He accompanied the Band and Bugles on parade and always marched at the head of the Battalion except on long marches when the Quartermaster provided a special box on the back of a lorry.

When ‘Coal Box’ arrived at Portsmouth after the War, he was practically blind in one eye. The other deteriorated in 1921 while the Battalion was in Ireland. To alleviate his suffering and as a kindness, it was eventually decided that he should be shot.

It was said that ‘Coal Box’ would lie down and die for his Country or go anywhere – with a little persuasion! 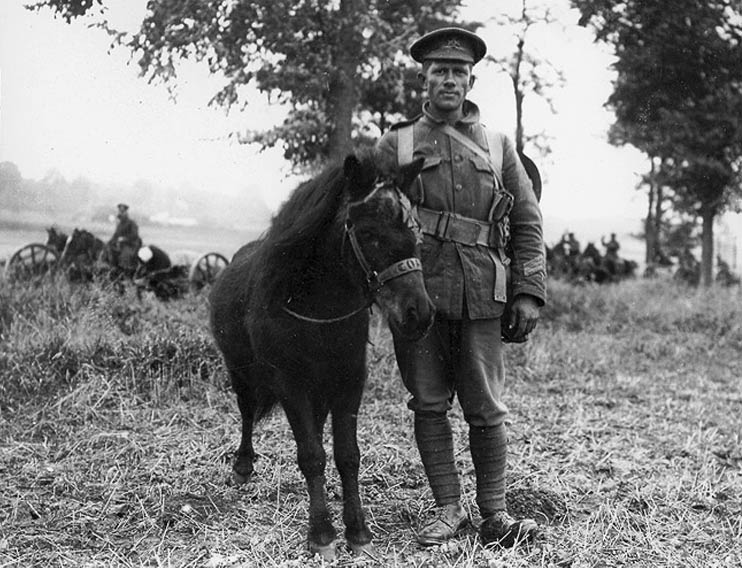 Coal Box’ on the Western Front during the First World War. Note the battery of horse artillery in the background.

In addition to the hoof, ‘Coal Box’s’ chestnut hide was preserved and is also on display in the Museum.