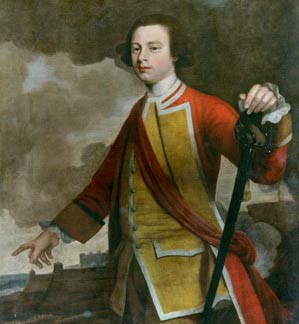 The writing case featured is reputed to have belonged to Major-General James Wolfe and was used by him in Canada before he was mortally wounded during the British victory over the French at the Battle of Quebec on 13 September 1759.

The case together with a sash, signet ring and miniature portrait of Wolfe were donated to the Museum in 1985. There is, however, some uncertainty about the provenance of these items, presenting an admirable opportunity for the inquisitive to research the matter further.

In 1985 a Green Jacket officer serving at the time in Kenya met a family called Hudson who showed him the writing case, sash, signet ring and miniature portrait of Wolfe. They told him that the items had been handed down through generations of the family since being recovered, allegedly, by one of General Wolfe’s aides de camp after the General’s death on 13 September 1759.

The ADC is said to have been named Captain Hudson of the 60th (Royal American) Regiment, later The King’s Royal Rifle Corps, an antecedent regiment of The Royal Green Jackets. (There were two battalions of the 60th (Royal Americans) present at Quebec – 2nd/60th and 3rd/60th.) After further discussion, the family agreed to donate the items to The Royal Green Jackets Museum, much to the delight of the Museum’s Trustees.

General Wolfe is known to have had two ADCs at Quebec, namely Hervey Smith and Thomas Bell. There is no record of a third ADC, Captain Hudson, although it is perfectly possible that Wolfe might have acquired a third ADC in expectation of needing one during the battle. However, examination of the Army Lists covering the period 1759-61 do not list an officer named Hudson serving in either the 60th (Royal Americans) or any of the other regiments that fought at Quebec. It is conceivable, though, that, although an ancestor of the Hudson family, his name may not have been Hudson as this fact was not verified in 1985.

Wolfe is known to have written many letters in the two and a half months he spent at Quebec prior to the battle that claimed his life. He would certainly have had a writing case. It would be nice to confirm that the case on display in the Museum is incontrovertibly the one that he used, and the other items donated to the Museum in 1985 were also his. 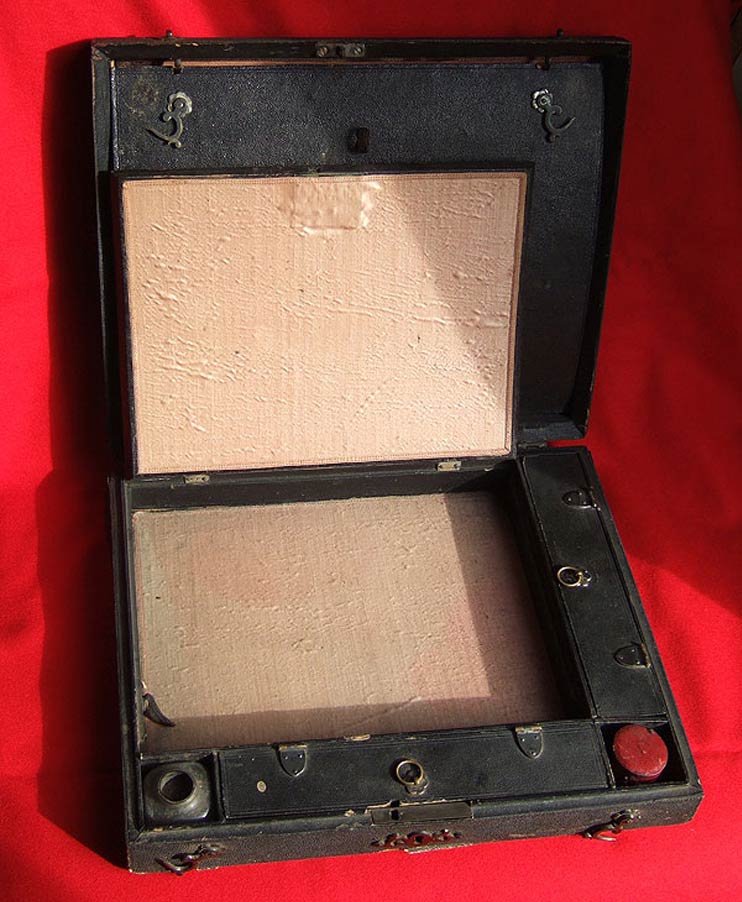 If you are interested in researching this matter on the Museum’s behalf, please contact the Museum Curator on 01962 828549.