A fowling piece manufactured by the celebrated French gun-maker, Nicholas-Noël Boutet (1761-1833). It was allegedly plundered from the baggage train of Joseph Buonaparte, King of Spain, following Wellington’s victory and rout of the French during the Peninsular War at Vittoria on 21 June 1813. 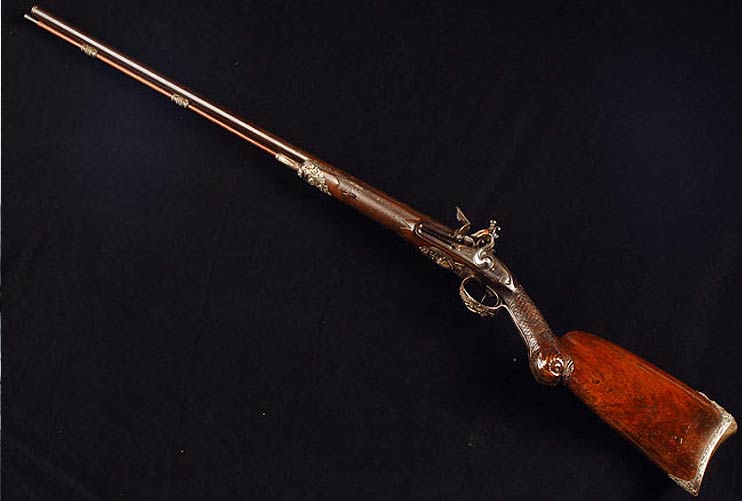 In 1954 a former Rifleman, Mr J. Bussicot, walked into the Regimental Museum at Winchester and presented the Curator with the fowling piece stating that it had belonged to Joseph Buonaparte and had been captured at the Battle of Vittoria.

There was no accompanying evidence to support the claim. Subsequently, the Colonel-Commandant of The Rifle Brigade at the time, Field Marshal ‘Jumbo’ Wilson, 1st Baron Wilson of Libya, invited research of the fowling piece. It was then discovered that it had been manufactured by Nicholas-Noël Boutet.

Boutet was one of the great names in the history of gun-making and was charged by Napoleon with creating richly-decorated arms for presentation to military heroes and foreign heads of state. Some of the guns produced in his workshop are considered to be the finest high-art firearms ever created. 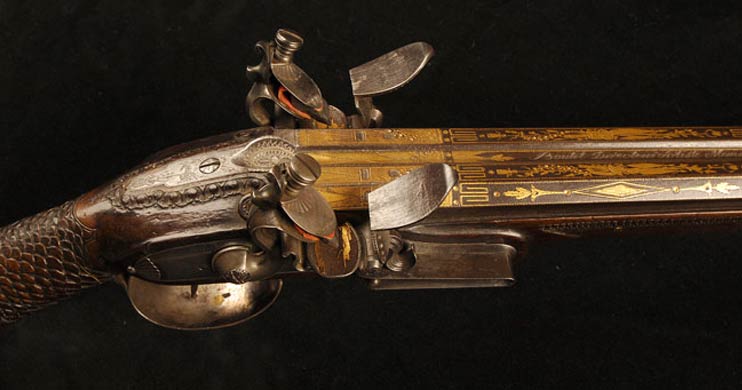 Although the fowling piece presented to the Museum is relatively modest and lightly decorated in comparison to some of Boutet’s work, it is entirely plausible that it should have been made to order and presented to Joseph Buonaparte by his brother, the Emperor Napoleon. It is also plausible that it should have been plundered at Vittoria, at which King Joseph was present.

In the aftermath of the battle, the rout of the French army was so complete that, in his magisterial History of the British Army, the Hon. J.W. Fortescue wrote:

Joseph himself … had only just time to leave his carriage, jump on his horse and gallop away from the Eighteenth Hussars. Everything that belonged to him and a great many works of art … were taken. … Little … of value found its way to the Commander-in-Chief [Wellington] or to the military chest of the army; for the men were hungry, their pay was in arrear, and there were two million dollars in the French treasure-waggons, besides private hoards, to be had for the taking.

Joseph Buonaparte, who had been King of Spain since 1808, abdicated after the battle.

Boutet was responsible for the manufacture of a great number of firearms during his life-time as an ‘arquebusier’ (gun-maker). Some of his weapons were exceedingly expensive; a set of nine guns and a pair of pistols made for King Charles IV of Spain, who abdicated in 1808, cost 130,000 francs.

Boutet’s work is rare in UK – examples may be seen at Windsor Castle, the Tower of London, the Wallace Collection (where there is also one that belonged to Joseph Buonaparte), the Victoria & Albert Museum, and in the City Museum and Art Gallery, Glasgow. There are, of course, many in France and in private ownership. There are also examples in Moscow and Leningrad, and several fine pieces in the Metropolitan Museum of Art in New York. 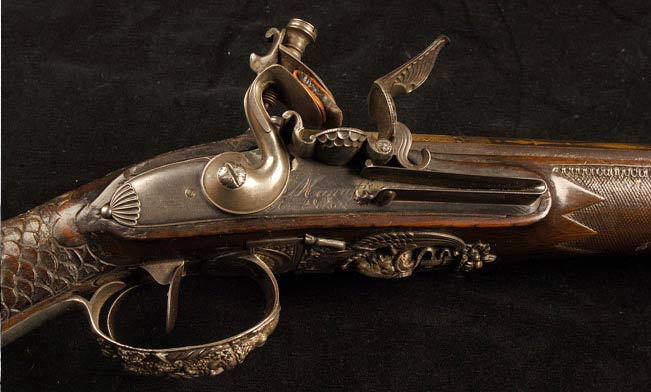