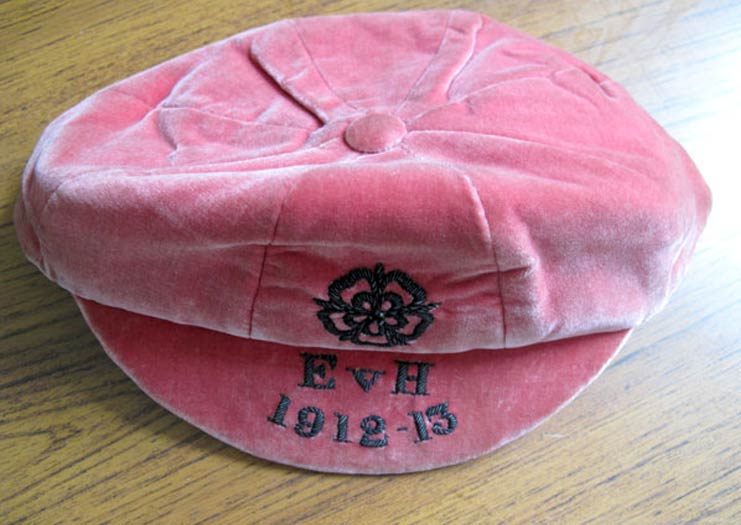 The international football cap awarded to Rifleman G.A. Littler of The King’s Royal Rifle Corps for representing the England Amateur Football Team in a friendly match against the Netherlands on 24 March 1913.

Littler, who was later promoted to the rank of Sergeant, died on 11 May 1915, aged 27, as a result of wounds received while serving with 2 KRRC at Neuve Chapelle.

George Albert Littler was born in 1888 in Hulme, Manchester. He enlisted in The King’s Royal Rifle Corps before the First World War and was well known for his ability as a forward on the football field.

In the 1911/12 football season he played for the very successful 1st Battalion team in their Fourth Round FA Cup tie against Brentford FC. According to a report of the event:

The weather on the day was atrocious and a wretched crowd of just 1,475 saw Brentford surprisingly held to a 1-1 draw. The soldiers wanted the replay to take place on their ground at Aldershot, but the FA refused and Brentford duly triumphed 4-1 at Griffin Park before another poor crowd [2,600].

Littler, however, must have impressed Brentford FC as he ended up on their books, playing for their Reserves.

In the autumn of 1912 Littler was posted from the 1st Battalion to The Rifle Depot. The 1st Battalion’s records refer to the loss of Littler, stating: ‘We were at the beginning of the season [1912/13] greatly handicapped by losing two of our best players, namely, Corporal Kemp and Rifleman Littler.’

During the 1912/13 season Littler represented The Rifle Depot. Despite being knocked out of both the Army Cup and the Amateur Cup, the Depot team were top of the South Hants League at the half way point in the season.

The original cap awarded to Littler for playing in this match and the shirt he wore have recently been presented to the Museum.

During the 1913/14 football season Littler played regularly for Brentford FC. His footballing career, however, was halted by the outbreak of the First World War. By 1915 he had reached the rank of Sergeant.

Sergeant George Littler died on 11 May 1915, aged 27, as a result of wounds received while serving with 2nd Battalion, The King’s Royal Rifle Corps, at Neuve Chapelle. 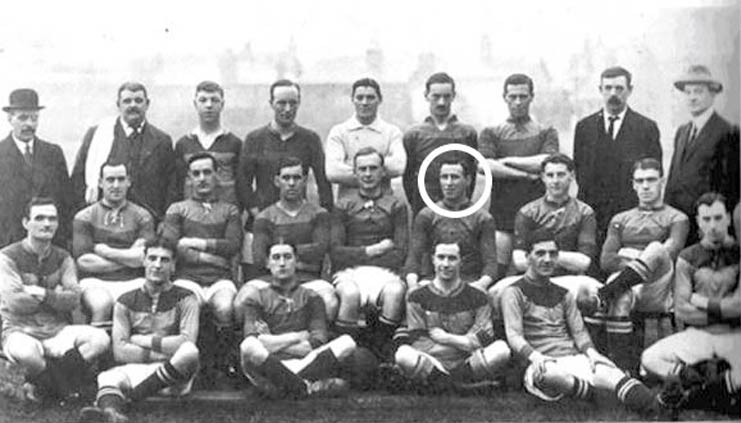 Brentford FC 1913/14 football side. Littler is in the middle row, seated, third from right.

In a review of the 1915/16 Brentford FC football season, it was written:

The war began to affect the lives of everyone in Britain, and Brentford were shocked in the close season to learn of the death of their former player, England Amateur International Sergeant G. Littler, who played several times for the ‘Bees’ [Brentford FC] in the 1913-1914 Southern Alliance.

Sergeant Littler is buried in Béthune Town Cemetery in France, having played, fought and died for his Country. 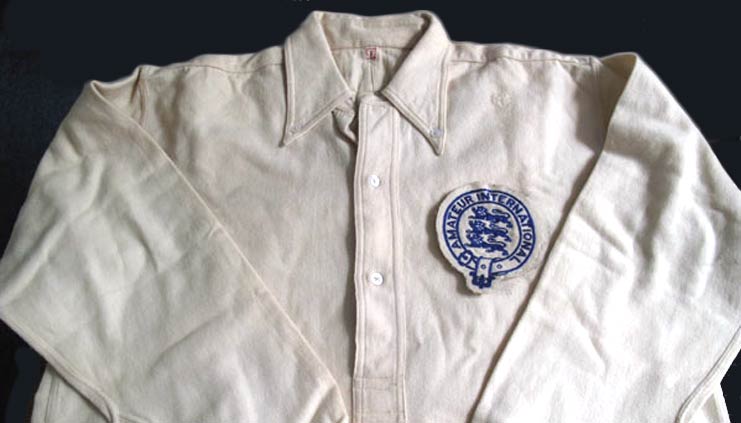