A seasonal reminder that Christmas has always been of special significance for troops on operations overseas and an opportunity for those at home to show their appreciation and remind the troops with cards and ‘goodies’ that they are not forgotten. 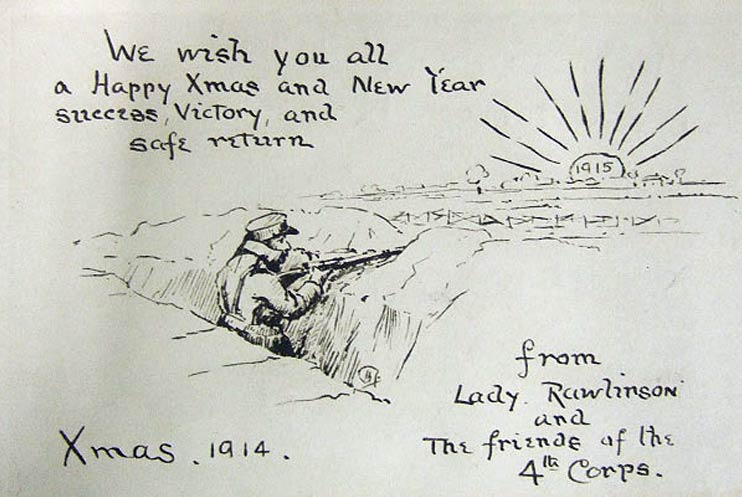 This card sent to every member of 4 Corps by Lady Rawlinson, wife of the Corps Commander, Lieutenant-General Sir Henry Rawlinson, at Christmas 1914, soon after the First Battle of Ypres, is typical of a number in the Museum. In particular, the hopes of “success, victory and a safe return” seem, in retrospect, to have been ironically premature.

The first is a Christmas card with photographs sent to all servicemen overseas by King George V and his wife, Queen Mary. 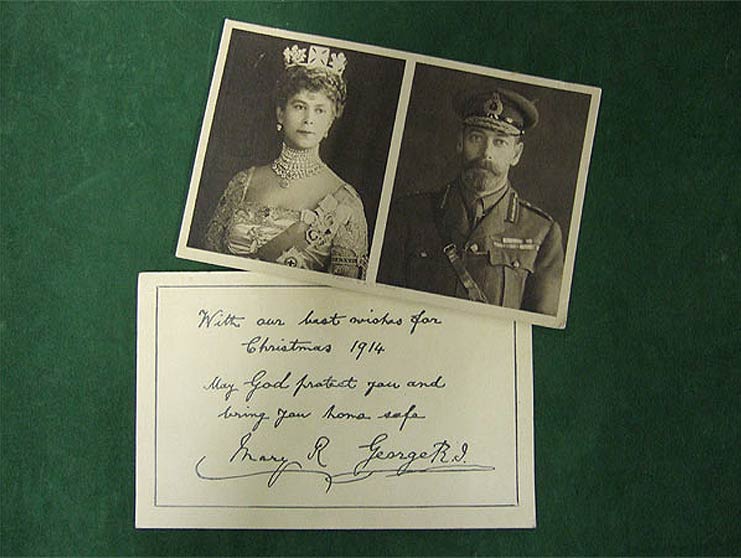 The second is ‘Princess Mary’s Gift Box’, a tobacco tin sent by “The Princess Mary and Friends at Home” to all servicemen and nurses stationed overseas. 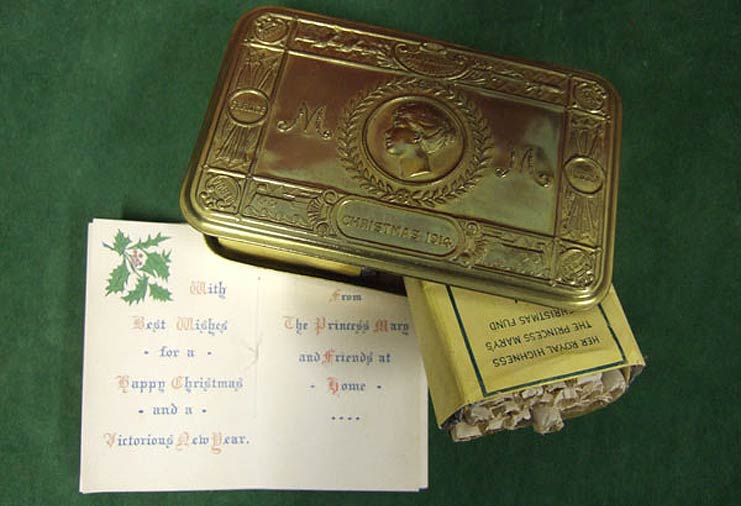 Each tin bears an image of Princess Mary with the names of the countries where British troops were stationed embossed around the rim of the lid. It contained one ounce of pipe tobacco, 20 cigarettes, a pipe, a lighter, a Christmas card and a photograph of Princess Mary, the only daughter of King George V and Queen Mary. The contents of each tin were varied to take account of the nationality, religion and preferences of the troops.