Chateau Hougoumont was the key point securing the right flank of the ridgeline on which Wellington chose to take up his defensive position and give battle to Napoleon on 18 June 1815. The French attack on the Chateau began around 1130 in the morning of the 18th; it was the opening action of the Battle of Waterloo that was to last nine hours and end in the defeat for the French. 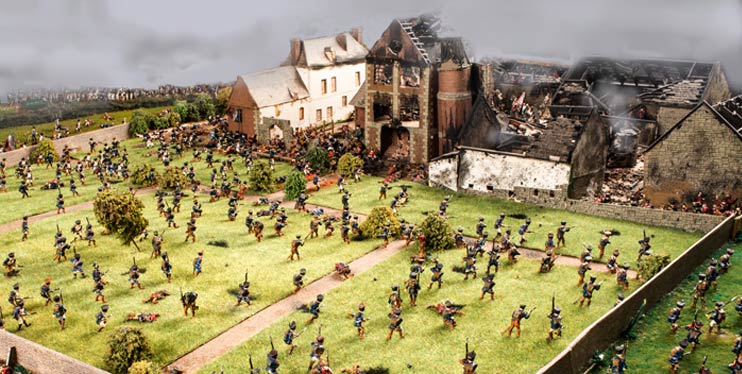 Chateau Hougemont under attack by the French. Detail from the museum’s refurbished Waterloo diorama.

The action at Hougoumont has often been characterised as a diversionary attack to cause Wellington to move reserves to his threatened right flank and communications. On the French side fighting was directed by Jerome Napoleon who, eager to impress his brother the Emperor, battered away throughout the day; this drew in more and more French troops but just a handful of Wellington’s, thus creating the exact opposite effect to that intended. However, there is a good case to argue that both Napoleon and Wellington thought Hougoumont was a vital piece of ground to hold; certainly, Wellington declared afterwards that “the success of the battle (of Waterloo) turned upon the closing of the gates at Hougoumont”. 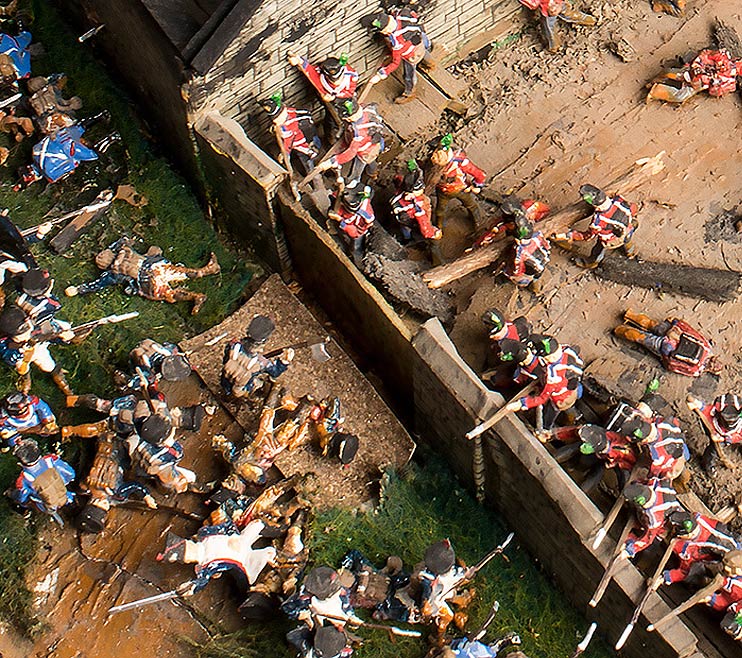 Detail of the closing of the gate at Chateau Hougoumont from the Waterloo diorama.

Hougoumont was a part of the battlefield that Napoleon could see clearly and he continued to direct resources towards it and its surroundings all afternoon, 33 battalions in all, 14,000 troops. Similarly, though the house never contained a large number of troops, Wellington devoted 21 battalions, 12,000 troops, over the course of the day to keeping the route open to allow fresh troops and ammunition to be admitted to the house. He also moved several artillery batteries from his hard-pressed centre to support Hougoumont. Which view is correct will continue to be debated but what is sure is that the Chateau was attacked bravely and defended gallantly throughout the day in the course of which it was largely destroyed. 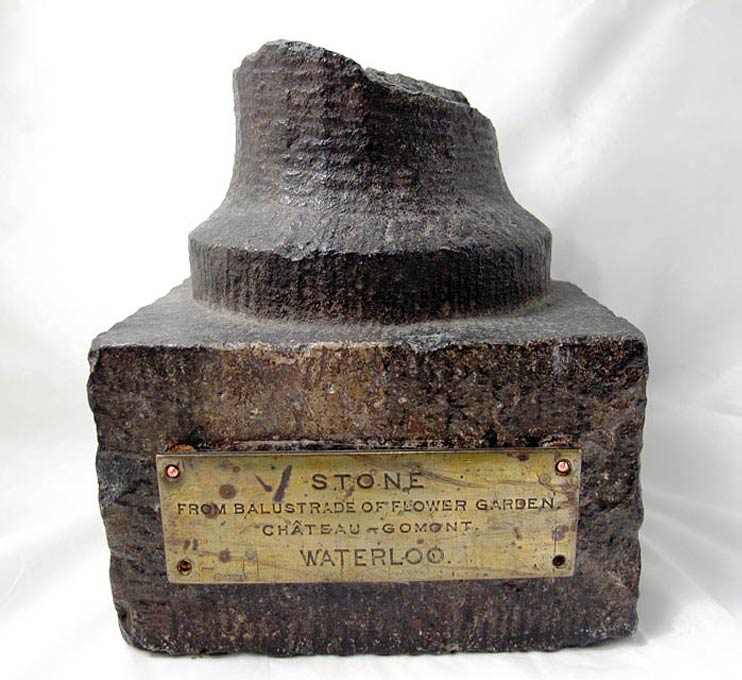 This fragment is labelled: STONE.
From Balustrade of Flower Garden Chateau Gomont WATERLOO.

It sat unnoticed in the Regimental Headquarters of The Royal Green Jackets, later The Rifles, being used as a door stop until 2014. How it got there we are unsure and indeed may never find out – but what a story it must be able to tell of a battle within a battle and the courage of soldiers involved in the fighting on 18 June 1815.

To learn more why not visit the Royal Green Jackets (Rifles) Museum and the new exhibition ‘With the Rifles to Waterloo’ .