This object features a ceremonial sword presented to Major-General Sir Andrew Barnard by the officers of the 1st Battalion, The Rifle Brigade, in 1820. The sword carries the inscription:

Presented by the officers of the First Battalion Rifle Brigade to Major General Sir Andrew Francis Barnard K.C.B. to testify their high esteem and regard towards him and their sense of his gallantry and service at the head of the Battalion. Glasgow, 17th Jany 1820.

In addition to the sword, a framed portrait of Sir Andrew and his orders, decorations and medals are on display in the Museum. 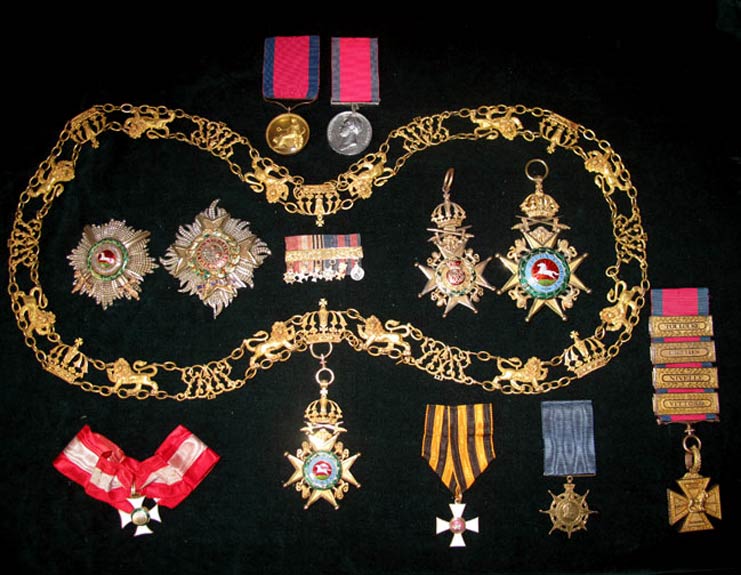 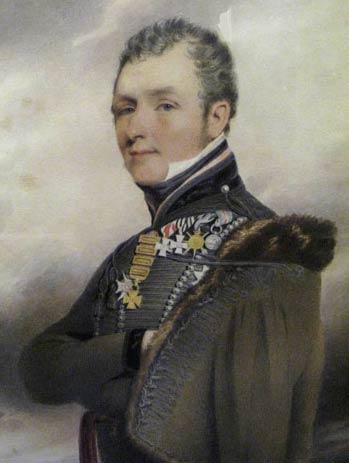 Andrew Barnard was an Irishman, born in Co Donegal in 1773. He entered the Army in 1794 and served in a number of regiments, taking part in several campaigns. On 29 March 1810 he exchanged into the 95th Rifles as a Lieutenant-Colonel and was appointed to command the recently-raised 3rd Battalion.

On 16 February 1814 Barnard was appointed to command the 2nd Brigade of The Light Division consisting of the 43rd, 52nd and 1st/95th Rifles. He was subsequently present at the battles of Orthes on 27 February 1814 and Toulouse on 10 April 1814.

For his services during the Peninsular War Barnard received an Army Gold Cross with four clasps and was appointed a Knight Commander of the Most Honourable Order of the Bath (KCB) in January 1815.

On the resumption of war in 1815 Barnard embarked at Dover with six companies of the 1st/95th Rifles, arriving at Brussels on 12 May. He commanded the Battalion at Quatre Bras on 16 June and was slightly wounded at Waterloo on 18 June. For his services at Waterloo he was awarded the Russian order of St. George and the Austrian order of Maria Theresa.

Wellington had such a high opinion of Barnard that he appointed him commander of the British division occupying Paris.

From 1821 to 1849 Barnard held various appointments in the Royal household before being appointed Lieutenant-Governor of The Royal Hospital, Chelsea on 26 November 1849.

General Barnard died at The Royal Hospital on 17 January 1855. Before his funeral, pensioners who had served under him during the Peninsular War and at Waterloo obtained permission to see his remains. After they left, the coffin was found covered with laurel leaves, for each man, unobserved, had laid a laurel leaf on the body of his venerated chief.

Barnard was buried in the burial-ground at The Royal Hospital. He left most of his property to his nephew, Major-General Sir Henry Barnard, who died of cholera on 9 July 1857 during the siege of Delhi while in command of the Delhi Field Force of which 1st/60th Rifles was a part. 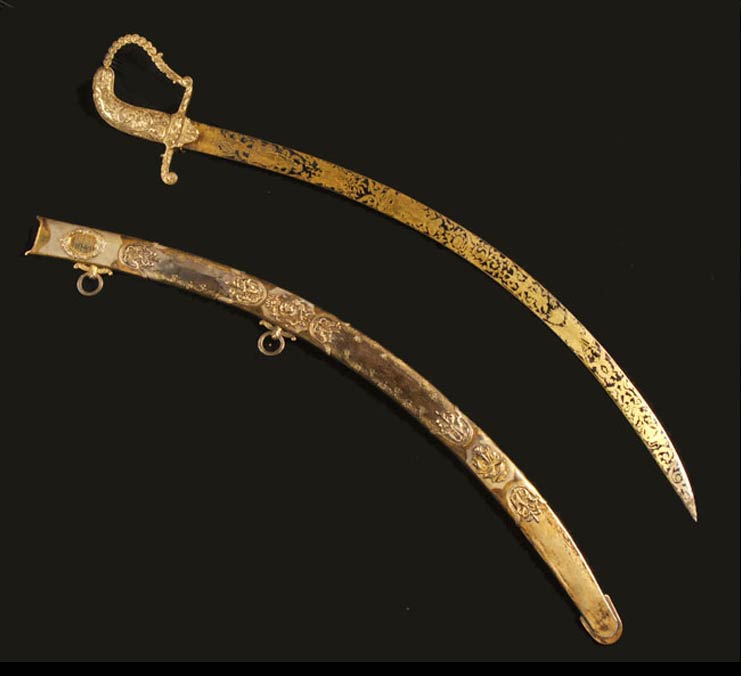 Reverse side of the sword and scabbard.