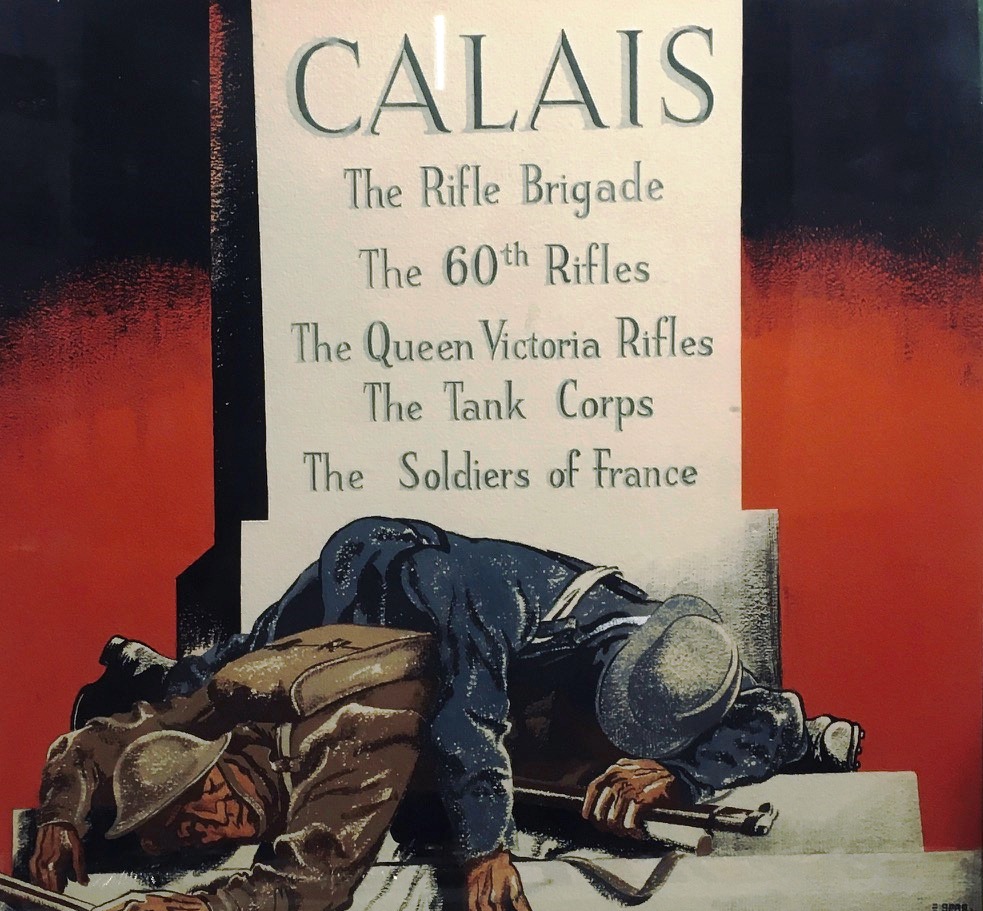 The cartoon above featured in the Daily Mirror in 1940 after the action that took place that year, known as the Defence of Calais. The artwork was created by the cartoonist known as ‘Spar’ who served with the Queen Victoria Rifles and is on display in the World War II section at The Royal Green Jackets (Rifles) Museum.

The German Advance into France
On 10 May 1940 the Germans had launched their Blitzkreig with the invasion of the Netherlands, Belgium and France. On the same day they bombed Calais for the first time.
By 20 May General Heinz Guderians’s XIX Panzer Corps had reached the French coast near Abbeville, threatening to envelop the British Expeditionary Force (BEF) from the south.
At this time 2KRRC and 1RB were deployed in East Anglia to counter possible invasion. 1QVR was on similar duty in Kent.
After a pause, on 22 May Guderian redirected XIX Panzer Corps north, ordering 1 Panzer Division (1PzDiv) to seize Dunkirk, 2PzDiv to seize Boulogne, and 10PzDiv to seize Calais.

The British Response – 30 Infantry Brigade to Calais.
Fearing for their lines of communication and that evacuation of the BEF might become necessary, the British decided to establish Boulogne, Calais and Dunkirk as ‘base ports’. 20 Guards Brigade was ordered to Boulogne and 30 Inf Bde to Calais.
2KRRC, 1RB and 1QVR received the order to move during the evening of 21 May. 3rd Tank Regiment (3RTR), equipped with cruiser and light tanks, and 229 Anti-Tank Battery RA were ordered to accompany the Brigade. No field artillery or engineer support was included.
3RTR’s tanks were already on board a ship in expectation of going to Cherbourg. 1QVR was ordered to move on light scales without transport. 2KRRC and 1RB needed to travel from East Anglia to Southampton and load their vehicles before departure. The troops were not told where they were going until after embarkation.

Wednesday 22 May 1940
3RTR and 1QVR were the first units to arrive during the afternoon of 22 May; 1QVR moved forward into the countryside to block the main approach roads to the town. 3RTR began the lengthy task of unloading their tanks and moving them to a harbour area near Coquelles.
An order was received from the War Office:
“Defence of Calais to utmost is of vital importance to our Country and BEF and as showing our continued cooperation with France. The eyes of the whole Empire are upon the defence of Calais and we are confident you and your gallant regiments will perform an exploit worthy of any in the annals of British history.”
Rt. Hon. Sir Anthony Eden, Secretary of State for War, 25 May 1940.

Thursday 23 May 1940 to Sunday 26 May
2KRRC and 1RB, together with Brigadier Nicholson, arrived during the afternoon of 23 May in pouring rain and shelling of the port began. Meanwhile, 3RTR and the Searchlight Regiment were obliged to withdraw from the positions south of Calais after battling with troops from 1PzDiv.
Realising that Calais was likely to be surrounded, Nicholson decided to concentrate his few forces on defence of the town, with 2KRRC manning the Outer Perimeter in the south and west, and 1 RB in the east. 1QVR was ordered to provide elements to both battalions as it withdrew from its outposts in the countryside. 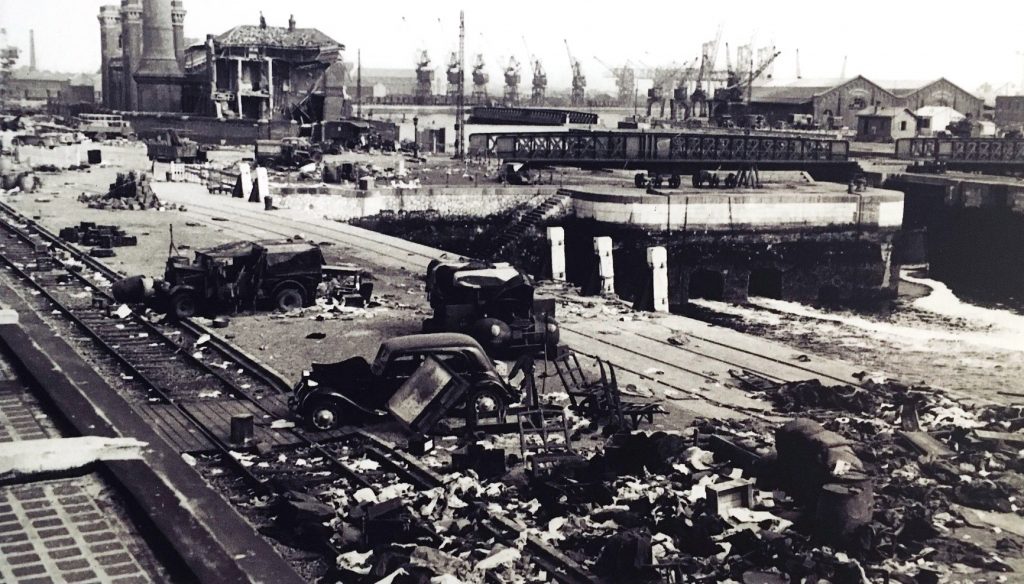 The scene near Gare Maritime after the battle

Fighting continues for the next four days and the British troops were also bombed by Stuka dive-bombers of the Luftwaffe. By 1000 on Sunday, German troops had crossed three canal bridges and had entered the north of the town. Fierce street-fighting followed, as small groups of Riflemen tried valiantly from doorways and windows to stem the relentless tide of the German advance. 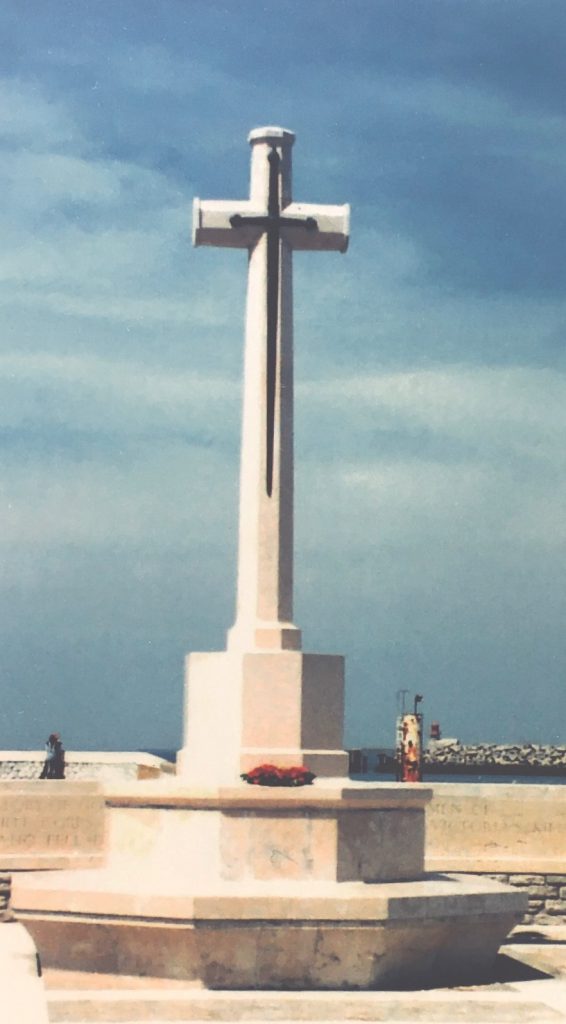 By 3 p.m. Sunday 26 May the Citadel was surrounded and the Germans were in occupation of the Gare Maritime. The end was in sight. Exhausted and with little ammunition remaining, 2KRRC/1QVR conducted their last stand in the north-east part of the old town (Courgain), 1RB/1QVR forced into the sand dunes north of the Gare Maritime, made their last stand with their backs against the sea. By 4.30 p.m. the Citadel had fallen and soon afterwards all organised resistance ended as the Germans overran the last of the British positions. The heroic defence of Calais was at an end.
During the action 300 British troops died (200 of which were Green Jackets) and 700 were wounded. Those who survived were sent to Prisoner-of-War camps, where many spent the next 5 years.