Home > Object archive > The bellow pipes of the ‘Highland Company’ of the 1st Battalion, 95th Rifles

This object is one of the more unusual on display in the Museum: the bellow pipes of the ‘Highland Company’ of the 1st Battalion, 95th Rifles (later The Rifle Brigade), commanded during the first half of the Peninsular War by Captain Alexander Cameron. 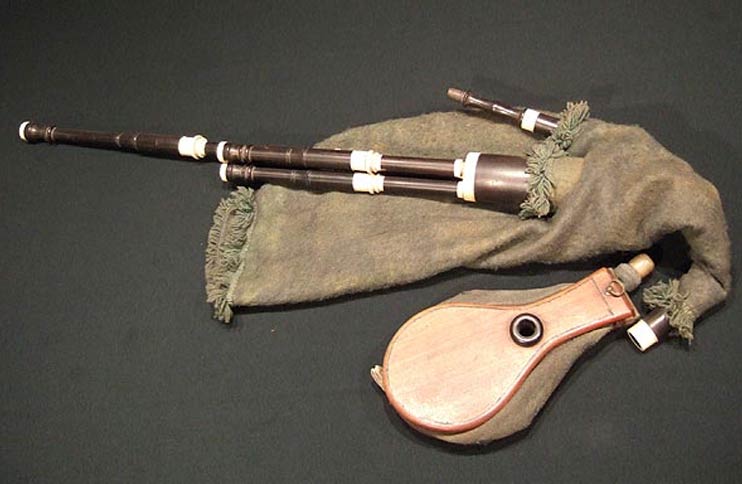 In 1800 the Experimental Corps of Riflemen (re-titled the 95th (Rifle) Regiment in 1802) was formed from drafts from other regiments. Ensign Cameron of the 92nd (Gordon Highlanders) was among them. He subsequently rejoined the 92nd and, as a Lieutenant, was wounded while serving with the Regiment at the battle of Mandora in Egypt on 13 March 1801.
After recovering from his wounds, Cameron rejoined the Corps of Riflemen and was instrumental in recruiting 150-200 men in Lochaber, Scotland, marching them to Horsham in Sussex to join the Corps. It was these men who became the mainstay of the ‘Highland Company’ of the 1st/95th Rifles during the Peninsular War.

In Captain John Kincaid’s book, Adventures in The Rifle Brigade, he refers to 16 January 1812 and the siege of Ciudad Rodrigo when he was “to take command of the highland company, which we had at that time in the regiment, and which was with the left wing, under Colonel Cameron”.

Unsurprisingly, the members of the Highland Company were very proud of their roots and included amongst their number one or more pipers who, at appropriate moments, would play the bellow pipes.

Although the bugle, rather than the pipes or drums, has always been the musical instrument associated with the Rifles, on 22 December 1914 The Daily Mail reported that a Rifleman at the front during the First World War had written home to a friend: “I was out with B Company today playing them along to the bagpipes, which is a big surprise to everybody, as it is the first time in history the Rifle Brigade has had a piper”. In fact, of course, it was the second time and none have been recorded since. 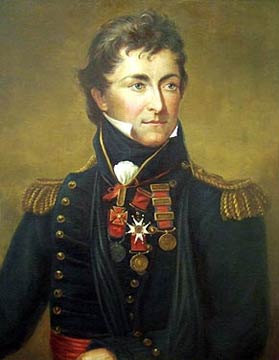 Cameron ( see portrait left of Cameron by an unknown artist which is on display in the Museum) joined the Corps of Experimental Riflemen in 1800 and by the time of the Peninsular War was a Captain commanding the ‘Highland Company’. He fought with the company at Vimiera (1808), Corunna (1809), Busaco (1810) and Fuentes D’Oñoro (1811).

In May 1811 he received a brevet majority and fought at Ciudad Rodrigo (1812) and Badajoz (1812). In April 1812 he received a brevet lieutenant-colonelcy and commanded the 1st/95th Rifles at the battle of Salamanca (22 July 1812). He was superseded in command by the arrival of Lieutenant-Colonel Amos Norcott in May 1813. He was present at the battle of Vittoria (21 June 1813) but was so badly wounded in the thigh that he had to return to England.

In 1815 Cameron was present at Quatre Bras (16 June 1815) and assumed command of the 1st/95th Rifles at the battle of Waterloo (18 June 1815) after Colonel Andrew Barnard was wounded. Cameron was later wounded in the throat at Waterloo. He saw no service thereafter.

Cameron received an Army Gold Medal and two clasps for his service during the Peninsular War (Ciudad Rodrigo, Badajoz and Salamanca) as well as the Military General Service Medal with five clasps (Vimiera, Corunna, Busaco, Fuentes D’Oñoro and Vittoria). He also received the Sultan’s Medal for Egypt, the Waterloo Medal and in 1815 was made a knight of the Russian order of St Anne. In 1832 he was promoted Major-General and in 1838 made a Knight Commander of the Order of the Bath (KCB). He died at his seat, Inverailort in Argyll, on 26 July 1850.

Alexander Cameron is described in The Dictionary of National Biography as “one of the best officers of light troops ever trained by Moore and employed by Wellington, which is high praise indeed”.

The orders and medals of Major-General Sir Alexander Cameron are on display in the Museum – see the accompanying photograph. The order top centre is an embroidered breast badge with below it the breast star of a Knight Commander of the Order of the Bath. 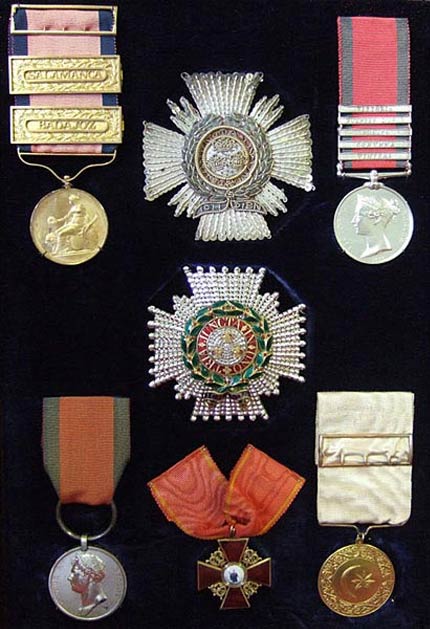 The orders and medals of Major-General Sir Alexander Cameron.