Home > Object archive > Chairs from the palace of Ashanti King 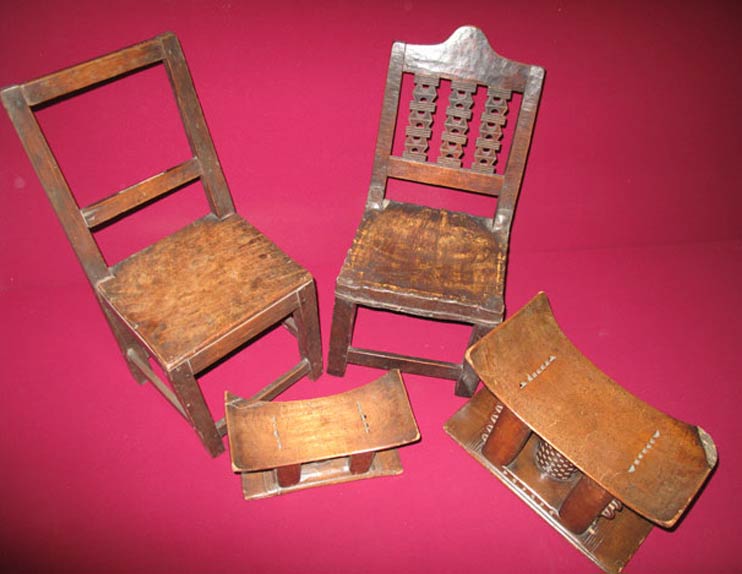 The two chairs and two stools featured are among a number of items from the palace of King Kofi Karikari of the Ashantis now in the Museum. They were removed from the King’s palace in Coomassie by members of 2nd Battalion, The Rifle Brigade, who took part in Major-General Sir Garnet Wolseley’s successful expedition to suppress the Ashantis on the Gold Coast of West Africa in 1873-74 (The Third Anglo-Ashanti War).

On 2 April 1872 the British purchased the Dutch Gold Coast from the Dutch, including the port of Elmina which was claimed by the Ashanti. The Ashanti King had received an annual payment from the Dutch for its use, but when the British took over, this stopped. In January 1873 an Ashanti army invaded the new British protectorate.

Major-General Sir Garnet Wolseley was appointed to command an expedition to evict the Ashantis from the protectorate and attack their capital, Coomassie (now Kumasi in Ghana). 2nd Battalion, The Rifle Brigade (2 RB), with 33 officers and 652 other ranks under the command of Lieutenant-Colonel A.F. Warren, was despatched from Ireland to become part of the 2,500 British troops and several thousand West Indian and African troops involved.

2 RB disembarked from the Troopship Himalaya in surf boats at Cape Coast Castle on 1 January 1874 and on 5 January began the long advance on Coomassie inland through dense rain forest.

On 31 January Wolseley’s troops, under the tactical command of Brigadier-General Archibald Alison, defeated the Ashantis at Amoaful and on 4 February at Ordahsu. The Ashantis abandoned Coomassie on the same day. It was immediately occupied by the British with 2 RB appointed to guard the King’s large palace and its impressive contents.

Concerned about the number of sick and wounded among his troops, and lacking supplies, Wolseley quickly decided to withdraw his army back to the Gold Coast. On 6 February the King’s Palace was blown up and Coomassie set on fire. By the end of February, and within two months of their arrival, Wolseley’s troops were on their way back to England.

2 RB disembarked from the troopship Himalaya at Portsmouth on 26 March 1874. The Battalion had with it not only the chairs and stools featured as this month’s objects, but a number of other items including King Kofi’s sword and a part of one of his jewelled necklaces. All are on display in the Museum. 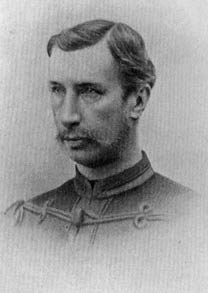 Captain Redvers Buller (later General Sir Redvers Buller VC GCB GCMG) of the 60th, The King’s Royal Rifle Corps, was General Wolseley’s deputy assistant adjutant and quartermaster-general (intelligence) during the 1873-74 Ashanti expedition. He led a company of native scouts during the advance on Coomassie and was slightly wounded at Ordahsu. He received a brevet majority and was made a Companion of the Order of the Bath (CB) for his services.