The Museum has recently purchased for £400 at auction the India Medal 1895-1902 with clasp ‘Relief of Chitral 1895’ awarded to Honorary Lieutenant and Quartermaster J. W. Dwane of The King’s Royal Rifle Corps (KRRC). 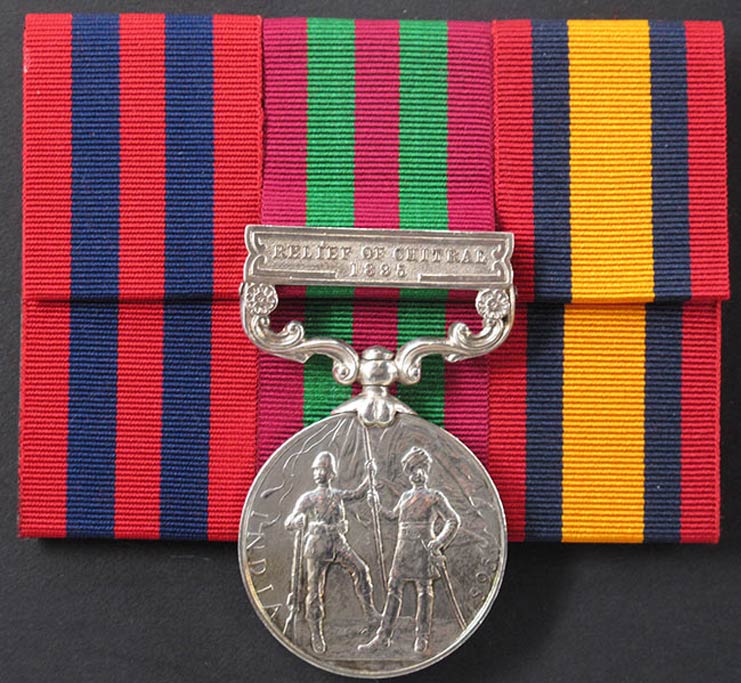 John Dwane was promoted to the rank of Honorary Major and Quartermaster on his retirement from the Army in 1908, after 39 years service with the Regiment. He was Secretary of the Rifleman’s Aid Society at The Rifle Depot in Winchester from 1908 until his death in 1921.

Dwane’s father, Quartermaster Sergeant John Dwane, and his brother, Sergeant-Major Charles Dwane, both served in the Regiment. His sister, Elizabeth Dwane, married another Quartermaster in the KRRC, Major T.M. Riley.

John Dwane and his brother, Charles, were both rescued when the Royal Indian Marine Ship Warren Hastings was ship-wrecked in January 1897 on the coast of Réunion in the Indian Ocean. For more information about the ship-wreck, click here>>

Dwane was also awarded the India Medal 1854 with clasps ‘Hazara 1891’ and ‘Samana 1891’, and the Queen’s South Africa Medal 1899-1902 with clasps ‘Defence of Ladysmith’, ‘Transvaal’ and ‘Laing’s Nek’. These medals were not purchased with his India Medal 1895-1902. Their whereabouts are unknown. If anyone knows where they are, the Museum would very much like to hear from you. 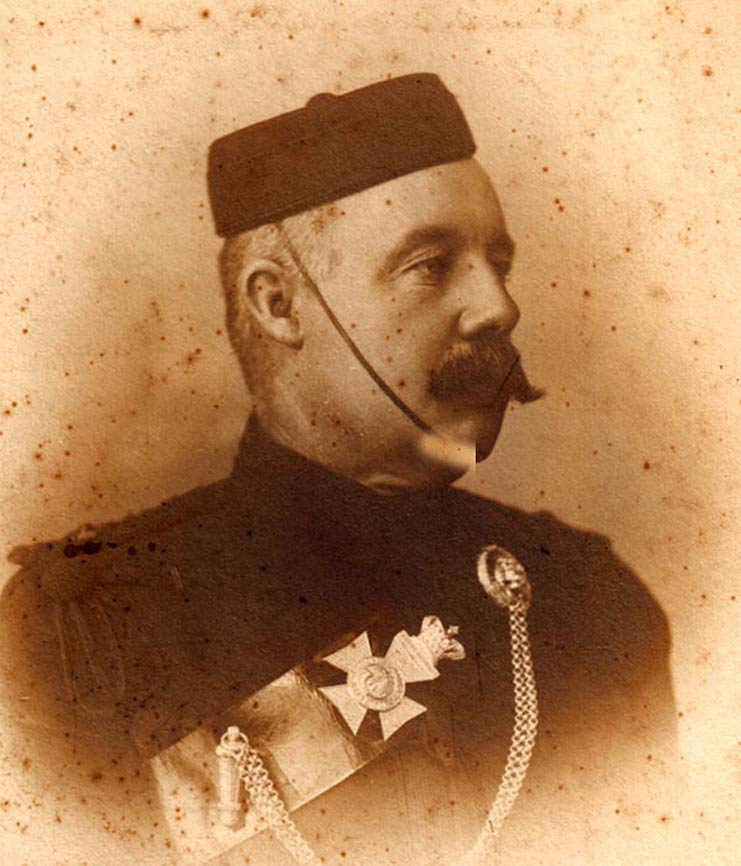 John Dwane was born on 7 September 1853 in India where his father was serving with the 1st Battalion KRRC (1 KRRC). He enlisted in the Regiment at Woolwich on 28 January 1869, aged 15, with a bounty of £1. He was first a boy soldier and then a boy bugler.

Dwane served with 1 KRRC from 1870 to 1899 before transferring to the 2nd Battalion in 1899 for service in South Africa, where he was mentioned in despatches in 1902.

The Dwane family provided over 60 years of unbroken, loyal service to the Regiment. It is for this reason the Museum has broken with irs usual practice of not purchasing medals and bought Major Dwane’s medal in the hope that one day it may be joined by his two missing medals and be displayed in the Museum alongside a tunic once worn by his father.

Further information about the career of Honorary Major and Quartermaster J. W. Dwane, acquired together with the medal, is available in the Museum’s archives.