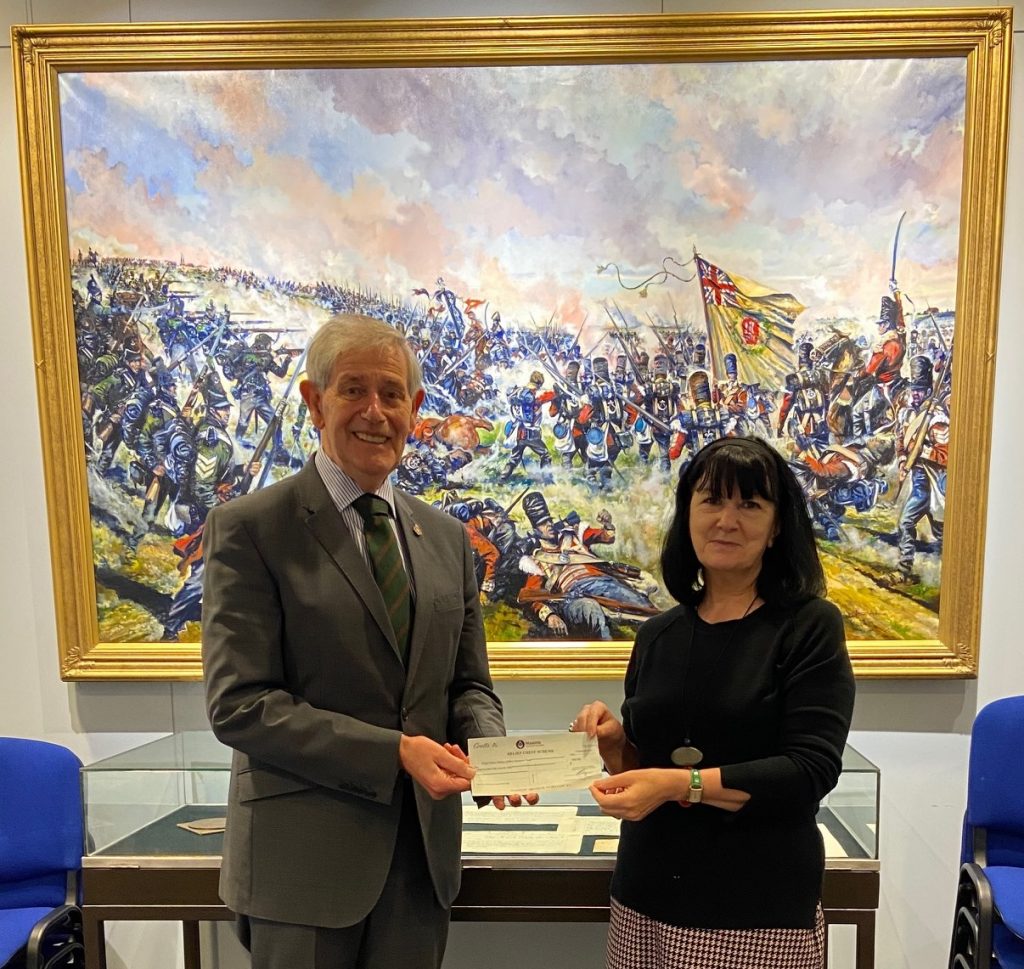 The Bloomsbury Rifles, or St Giles and St Georges’s Bloomsbury Rifle Volunteer Corps as they were formally known, was an army unit originally raised in London in the locality of Bloomsbury in 1797 during the French Revolutionary Wars.  The Corps was disbanded in 1814 when it was considered war was no longer a threat.  It was reformed  much later in 1859 along with many other Rifle Volunteer Corps, with  an affiliation to the Middlesex Rifle Volunteer  Corps.  In 1881 the Bloomsbury Rifles became the 6th Volunteer Battalion  of the Rifle Brigade and the first of the links to the Green Jackets.  During the Second Boer War members of the Bloomsbury Rifles joined the King’s Royal Rifle Corps in South Africa and earned the battle honour of South Africa 1900-1902.   In 1908 the Corps formed part of the Territorial London Regiment under the Haldane Reforms.  They we absorbed into the Queen Victoria’s Rifles and became the 9th Battalion London Regiment.