Relations between the Sultan of Muscat and Imam Ghalib Bin Ali of Nizwa, leader of the interior Omani Arabs, was exacerbated in 1953 by Saudi Arabian claims on the oil field at Buraimi Oasis and their provision of military equipment to the Omani rebels.

Matters came to a head in 1958 when the SAS were brought in to dislodge the Omani rebels from their mountain stronghold on the Jebel Akhdar – The Green Mountain.

The SAS assault on the 9,000ft ridge remains the stuff of legends, and has since been described as one of the most spectacular raids by the British Army in the post-World War Two era.  In fact the Jebel Akhdar campaign would prove to be a turning point in the history of the SAS, which saved them from disbandment so that they could carry on unconventional war-fighting…which they do to this day. 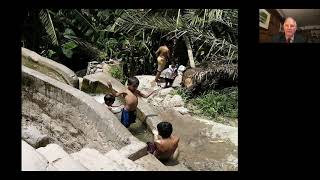 To view this online presentation given by Brigadier Hugh Willing CBE and organised by The Royal Green Jackets (Rifles) Museum, please click here